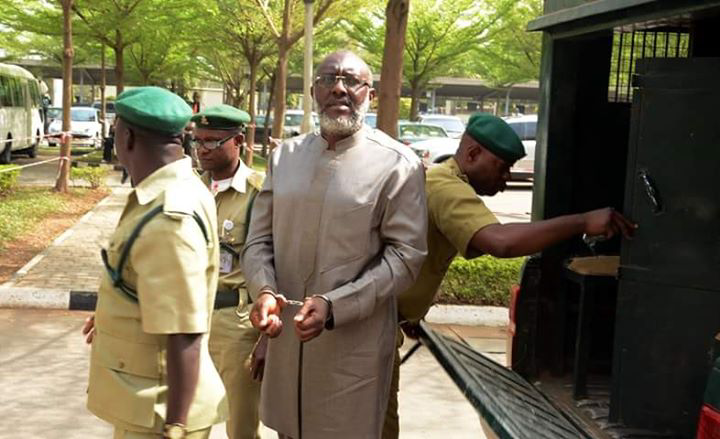 By Sadiq Umar – The Abuja High Court presided over by Justice Ishaq Bello, has granted bail to Olisa Metuh, spokesman of the Peoples Democratic Party (PDP), who was yesterday arraigned on a separate charge by the Economic and Financial Crime Commission (EFCC).

Metuh was granted bail in the sum N300m and two sureties in like sum.

Earlier on Tuesday, Justice Okon Abang of the Abuja Federal High Court, approved a bail of N400million bail bond and N200 each for two sureties in the trial on the $2.1 billion arms scam involving a former National Security Adviser, retired Colonel Sambo Dasuki.

The PDP spokesman was re-arraigned Thursday having been accused separately of destroying evidence, “to wit a statement made under caution to investigators.”
But Counsel to the accused, Onyechi Ikpeazu, had prayed the court to exercise a lenient discretion in granting the accused person bail.

He argued that Metuh was presumed innocent under the law until he is pronounced guilty by the court.

He pleaded the court to grant his client bail on self-recognition.

Councel to EFCC, Sylvanus Tahir, however, argued that the court should approve a bail on terms that would make Metuh present in court for his trial.

The court thereafter gave its ruling, granting the accused person bail in the sum of N300m.