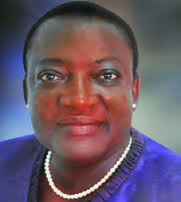 Former Senior Special Assistant to the President on Media and Publicity and immediate past Managing Director of News Agency of Nigeria, Mrs Oluremi Oyo is dead.

Oyo’s death is yet to be officially announced, but sources said Oyo passed on at the early hour of today after a brief illness.

A close friend of Mrs Oyo at the News Agency confirmed the death.

Until her death, Mrs Oyo served as the first female President, Nigerian Guild of Editors

She was the presidential spokesperson to President Olusegun Obasanjo having been appointed in 2003 as Senior Special Assistant, Media and Publicity.

Her last place of assignment was the News Agency of Nigeria (NAN) where she left an enviable mark as the first female Managing Director.