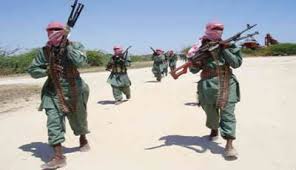 The insurgents attacked the city via the Gujba road, torching the Mobile Police base located along the road and razing it down.

The casualty figure is yet to be known, but sources said the police unit was attacked as early as 5:00:am.

Al-Jareera reports monitored in Abuja said the attackers invaded the State University early Monday and set some buildings on fire but were later confronted and repelled by the military.

Troops were reported to have responded to the invasion from air and land. Details later…