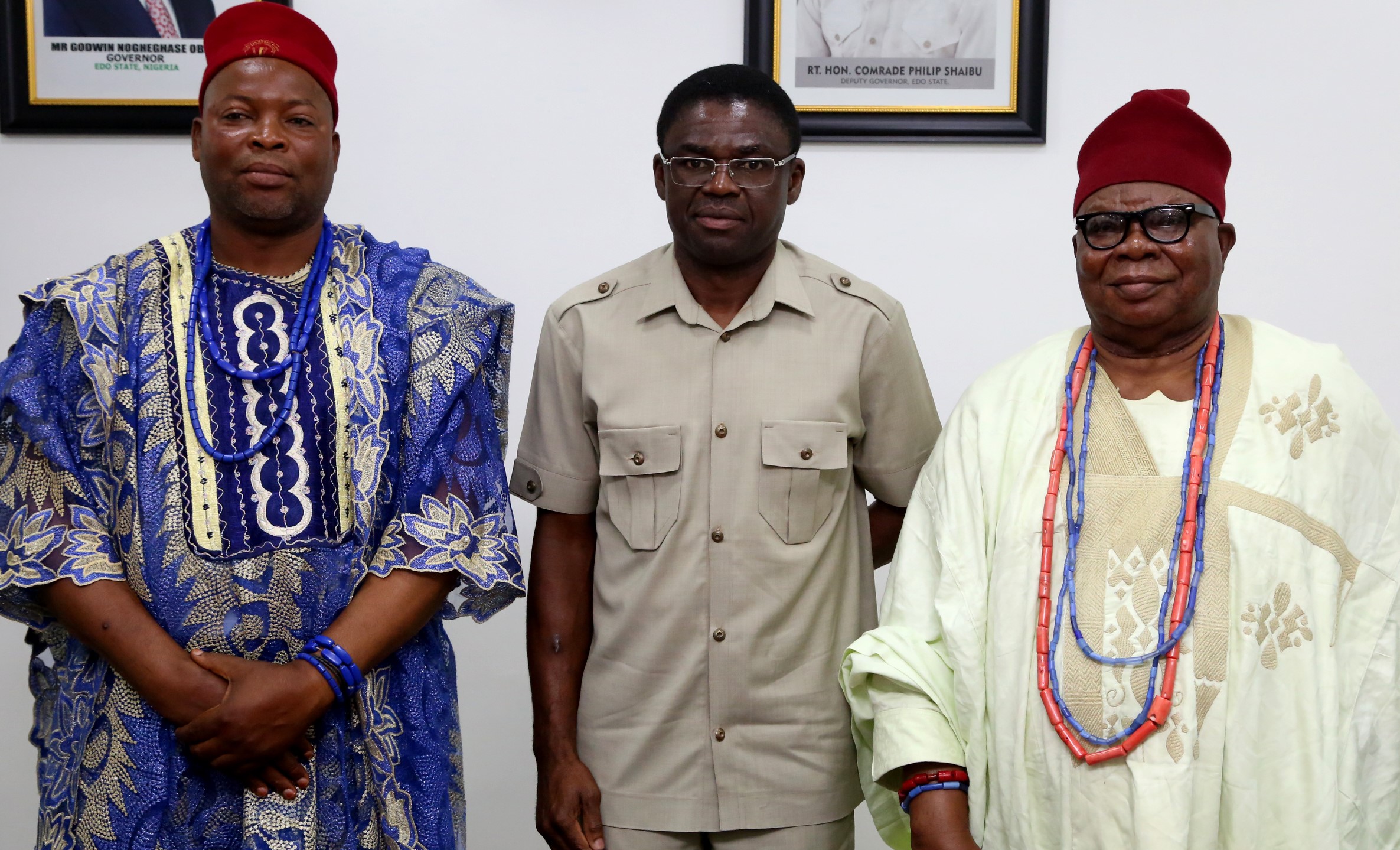 By BENIN CITY/(News Investigators)-Edo State Deputy Governor, Philip Shaibu has urged the warring people of Weppa Wanno Kingdom, particularly those in Igiode and Iviebue in Etsako East Local Government Area of the state and their neighboring Uneme Uzano communities to love and tolerate themselves if meaningful development must take place. 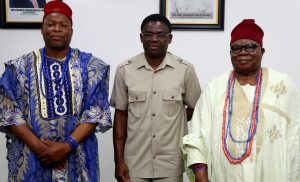 The three neighboring communities have been having land dispute which took them to court in the 70s.

The Deputy Governor, in a statement by his Chief Press Secretary, Musa Ebonhiama, told the people that development only thrive in a peaceful and conducive environment, charging the traditional rulers to do beyond lip services in promoting peace and love in their domains.

“We will not allow the breakdown of law and order under the guise of land dispute. The present administration’s interest is how to create and ensure peaceful environment that promotes peaceful coexistence and progress.”

Mr. Shaibu who told the people that there is no alternative to peace noted that our forefathers have lived together for many years before now, adding that community efforts and achievements were based on brotherliness.

“Instead of fighting, engage and direct your energy into discussions that will bring development to the area,” he said.

Mr. Shaibu called on the communities to embrace peace and key into the agricultural agenda of the present administration as Weppa Wanno Kingdom is blessed with vast fertile farming land.

According to the Oliola of Uzanu, Benjamin Ikane, Igiode community took the Uzanu people to court over the disputed land between 1970 to 1974 and again in 1977 to 1981, adding that both rulings were in favour of the Uzanu community but they were still denied access to use the land for farming activities, hence, the petition to the state government.

On his part,the Okumagbe of Weppa Wanno, His Royal Majesty, George Oshiapi buttressed the fact that part of processes to make peace in the communities, an agreement was reached on the 30th of march,2017 between the communities to allow Uzanu community farm on the disputed land for one year to give government time to find a lasting solution to the land dispute