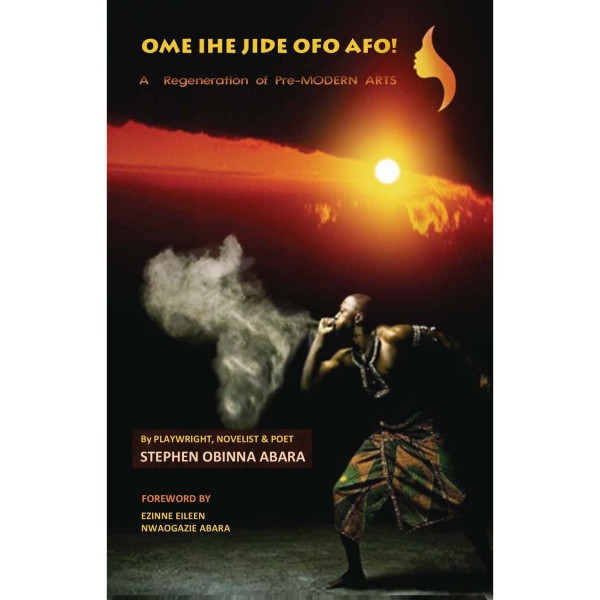 In this four-part play we see the rising of a feud and the downfall of a young girl who ‘first practice to deceive’. Many issues and division lines are touched on in this play; the older generation’s outlook verses the younger generation’s outlook; the attitude of men verses the attitude of women over certain issues, traditional gods verse Christian God.

Each scene is fashioned in such a way that it gives the audience time to relax and to anticipate. The first part starts out slowly introducing the main characters and giving relevant background information, premonition in the form of a dream to prepare the audience for what is to come, and the slow build-up of tension.

In part two having set up the reasons for this conflict, the writer backs off on the tension with a scene still relevant, but funny in its delivery.

The narrator’s opening lines are reminiscent of a number of great works of literature when he foretells the disaster between two families; with the main players—one boy and one girl, which soon turns into a matter of family pride.

Obika—the accused—is accused of an abomination his father does not believe him capable of; his faith in this son is so great that he implies his other son was more like to ‘get a girl in trouble’. Obika the Humble Giant—the accused person’s personality is such, that he inspires this trust from his father.

The narrator states that the girl Chinwem—the accuser has been known to lie big time to her parents, so far as to have had several abortions without their knowing.

In the opening scenes, (chief) Udokamma— father of the accused, is forewarned in a dream, of trouble heading their way. He had a bad dream, and, worried about what it would mean, calls his wife in to discuss it with her. The first thing he does when she sits down is ask about their sons Chibuzo and Obika, and is told that they went to a nearby farm—Nkwo-Oji—near a local market.

His dream is of a Lion and Cat fighting. “The giant cat succeeded in killing the lion and was thrown into exile; all of a sudden an unknown man accused me of breaking his Barn”. His wife— angry at the revelation—tries to get him to relax stating that “I believe it’s an ordinary dream…” and that he should forget about it. But it is not unimportant.

Many cultures believe in the significance of dreams and their unerring ability to hold true. In such societies the weird dreams are the ones with meaning and consequences in the life of the dreamer. There are ordinary dreams where someone mentions to a friend, ‘I had a dream last night.’  And then there are dreams where someone says to a friend, ‘I had a weird dream last night’. In these dreams the universe is trying to tell the dreamer something of importance to his or her life; they are in essence a look in to the future of bad things to come, so when Ugomma—mother of the accused, gets agitated and tells her husband that she believes his dream is just an ‘ordinary’ dream, she spoke from the position of someone in the mode of wishful thinking, for in her heart she didn’t believe her own words.

In scene two we are introduced to Mrs. Grace Nwanna and mother her husband Chijioke—the parents of Chinwem—the accuser. Concerned with the opinion of others, Grace says “what is it that is coming our way in this house?” and immediately mentions her daughter Chinwem. Chijioke tells her not to worry, appearing unconcerned. And by his behaviour, she suspects that he is drunk.

Chinwem is summoned by her father who immediately starts heaping insults and put downs upon her, ignoring his wife’s plea to take it easy. He asks her to name the father of her baby and threatens to disown her she denies knowing. He appears to be a man who is displeased with his daughter’s choices in life and has resentment that she did not go to University. Grace’s reluctance to once again be blamed for her daughter’s wayward behaviour speaks of self-preservation more than of the well-intentioned; although, she thought the abomination could be less felt, and less pronounced if her daughter hooks someone in her own home town instead of her marital one.

Grace pulls her daughter aside and tells her to go to her own hometown, chose a man she likes, to name as the father of her unborn child. Chinwem protests, but relents under the weight of her mother’s disapproval and bitterness. She says wistfully, “I like Obika, the Humble Giant. He’s my childhood friend. His parents know me….” and so begins the first step to disaster.

Next we meet the accused Obika—the accused, and childhood friend and playmate of Chinwem. Chinwem arrives bright and early at Obika’s house, and begins laying the ground work for the accusation. Mimicking the voice of his ex-girlfriend, she calls him ‘sweetie’ and ‘darling’, at the top of her lungs, and he opens the door.  When he realizes that she was not who she pretended to be he is surprised;  she detracts him by pointing out that it’s been a long time since they’ve last seen each other.  Enthused, he falls in line with her plan by kissing her passionately, then leading her in to be reacquainted with his father. And so the foundation for the accusation is laid as she gets reacquainted with the family.

Soon after, events sail along in a well-orchestrated web of deceit spun by the family of the accuser. They bring pressure to bear on Obika’s family in quick succession. It’s funny; it’s bold and just plain stunning. Chinwem continues to visit until boldly, causally she announces to Obika that he is going to become a father.  “Obika, I think, am pregnant.” He laughs thinking it a joke. He asks “For who?” at some point her parents come by with reinforcements in an attempt to strong-arm the family of the accused into an offer of marriage. With swift efficiency the accusation is solidified.

The foreshadowing of a dream has becomes reality; the lion and the cat a representation of the two families. A series of accusation from one family using strong-arm tactics to save face and reputation, by boldly holding another family accountable for the things that they have not done; that family fighting defend itself from false accusations. What follows is gossip, with neighbours and friends taking sides. The innocence of a childhood friendship now years later is looked on by some as sinister and unnatural.

Chidi—cousin of the accused, decides to investigate,  because he just can’t believe it; the byplay between him and his source Okuekwe—friend of Obika, is funny providing and ease up of the tension of the events.

Soon the truth is discovered and exposed by Nnennem—great, great grandmother of the accuser, and the only one who seems to have Chinwem’s best interest at heart. She says to Chinwem “….the truth will set you free.” The truth is ugly, but not unheard of.

When things get closer to being resolved, like duellist choosing swords at dawn, the weapons of choice becomes religion. The family of the accused is Christian, and the family of the accuser is not. So when the elders from Umuororonjoasks Udokamma who he swears by, and he responds that he doesn’t swear by anything, one elder replies, “….As a custodian of our people…. you need to clear up yourself, your household, and your kings-men.”

A similar conversation takes place at the household of accuser. In response to an elder says “we must invite the dreaded gods for the swearing ceremony….Omo Ihe Jide Afo- The most dreadful god in this town.”

In the fourth part, Afo market day—the day of the trial. Each household holds to their position on the matter and agues passionately. Udokamma—father of the accused, swore by the god chosen knowing there would be consequences to false statements.

Although there is an accuser and an accuse in this play; it was not so much about them as it was about family honour, and as the scenes unfold, the two main players seemed to take a back seat to the will of the parents and elders who were fighting for the honour of their people as well, so it became as epic as Romeo and Juliet, West Side Story. It’s worth reading.

Maria Phillip is a Freelance Editor from the Caribbean 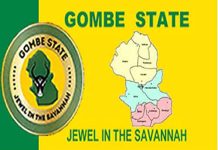 FOR THE RECORD: Speech By Bappayo Yahaya, Head Of Service Gombe State