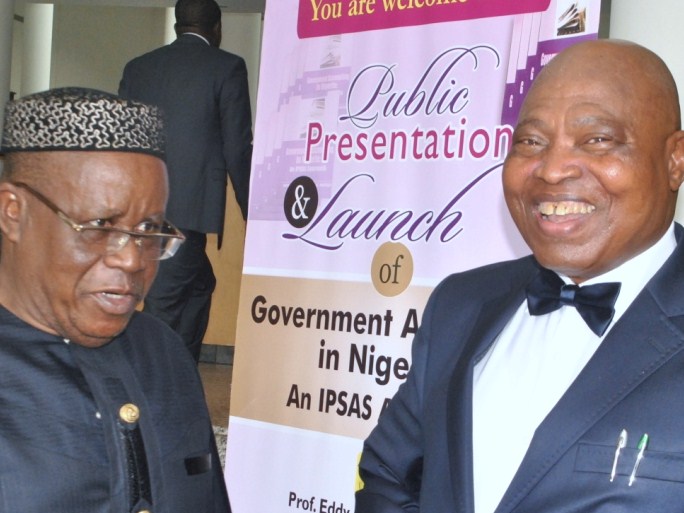 This book evolved from the earlier book of the authors, Theory and Practice of Government Accounting in Nigeria (2011) which was written then in order to keep students, practitioners and other stakeholders abreast of developments in government accounting in Nigeria. After the publication of the book in 2011, Nigeria embarked on a phased adoption of International Public Sector Accounting Standards (IPSAS) in the preparation of financial statements by public sector entities in the country. 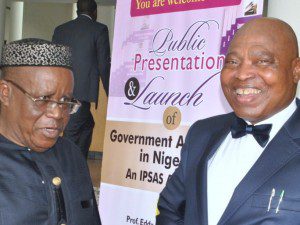 The adoption of IPSAS with the attendant changes in financial reporting by the public sector entities has brought about some challenges in the country. One of which is how to fast track the teaching of IPSAS to civil servants, students of tertiary institutions and those doing their professional examinations. This book has been written to fill part of the existing gap in the accounting literature in order to facilitate the teaching and learning of IPSAS in Nigeria.

Furthermore, the chapter also discusses how the work of IASB has facilitated the work of IPSASB. This is in addition to the discussion of the structure, governance and standard setting process of IPSASB. Chapter 17 identifies and discusses the relevant IPSASs used for the book. Chapter 18 discusses the main financial statements under cash- basis IPSAS while the main financial statements under accrual- basis IPSAS are addressed in Chapter 19. As part of government effort towards successful implementation of IPSAS in the country, it has introduced some reforms in government accounting. These reforms which include Integrated Payroll and Personnel Information System (IPPIS), Government Integrated Financial Management Information System (GIFMIS), Treasury Single Account (TSA) and the National Charts of Accounts are discussed in chapter 15.

Given the central role of budgeting in government accounting, five out of the 21 chapters in the book are devoted to the various areas of government budgeting in the country. Chapter 11 has been written specifically to address the challenges of capital budget implementation in the country. Chapter 4 is on Financial Control Under 2007 Fiscal Responsibility Act while Chapter 7 addresses the sources and allocation of government revenue in Nigeria. Chapter 12 is on Special Accounts of government which the book argues should no longer exist in order to promote transparency and accountability. Chapter 13 is on government contracts. It examines among others the fundamental principles for procurement at federal government level, tendering procedures on construction / contract, goods and services, approval authority and limit, the role of Contract Planning Committee, Contract payment procedures and due process in the awards of contracts The chapter draws attention to the fact that the National Council on Public Procurement was still to be set up as at the end of 2014, more than seven years since the Public Procurement Act came into existence. Chapter 20 discusses Public Accountability in Nigeria before ending with Sovereign Wealth Fund in Chapter 21 with advice to the various tiers of government on why the case between the Federal government and the state governments in the Supreme Court should be settled out of court in order to prevent the “sudden death” of the fund.

This book will also be a veritable source of information to all public servants, political office holders, civil society organizations, international organizations and other stakeholders.

THE AUTHORS
Eddy Olajide Omolehinwa is a Professor of Accounting and was for seven years, Acting Head or Head, Department of Accounting, University of Lagos. He was the Dean, Faculty of Business Administration, University of Lagos between 2005 and 2009. He was at Texas Southern University, Houston during 2006/2007 academic session on Exchange programme sponsored by American government as Fulbright Scholar-in-Residence. He was also a visiting Professor at Covenant University, Ota. He is also a part-time Commissioner at the Tax Appeal Tribunal, South Eastern Zone, Enugu.

A product of King’s College, Lagos, he studied accounting at the University of Lagos where he was also the Financial Secretary of University of Lagos Students’ Union. He attended Columbia University, New York for his MBA and graduated as a member of Beta Gamma Sigma Honours’ Society for outstanding business students. He also attended Manchester Business School, University of Manchester, England for his Ph.D. specializing in Budgeting.

Prof Omolehinwa is a 2014 recipient of Institute of Chartered Accountants of Nigeria (ICAN) merit award for his contribution to accounting education in Nigeria.

James Kayode Naiyeju, JP, OON, is a renowned Chartered Accountant and a Chartered Tax Practitioner. He was a former Accountant-General of the Federation (1999-2005) and former Executive Chairman of the Federal Inland Revenue Service (FIRS), (1992-1999). Currently, he is the President and Managing Consultant of JK Consulting Co. Ltd, a rapidly expanding finance and tax consulting outfit. He is also the principal partner of Naiyeju, Owate & Co. a firm of

Chartered Accountants.
Mr. Naiyeju was a distinguished Fellow in Accounting at the University of Lagos, the top rated institution where he obtained his B.Sc and M.Sc degrees in Business and Accounting in 1971 and 1982 respectively. He is also a Past President of the Chartered Institute of Taxation of Nigeria, a Fellow of that institute as well as the Institute of Chartered Accountants of Nigeria.
The author of VAT: The Facts of a positive Tax in Nigeria, was honoured in 2005 as an Officer of the Order of the Niger (OON) by the President of Nigeria.