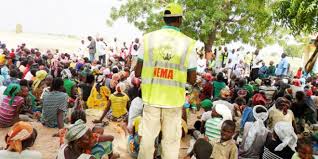 By Tom Garba,Yola – The Director General of the National Centre for Women Development and music maestro, Ms Onyeka Onwenu, has assured that the plight of IDPs is attracting more passionate support from NGOs across the world. 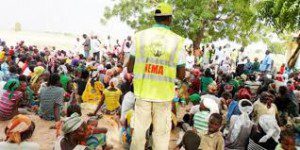 Onwenu also revealed that a number of humanitarian agencies will soon come to Adamawa state to identifying with the plights of the victims of Boko Haram insurgency.

Onwenu,who made the declaration while at Damare Internally Displaced People’s camp, said that identifying  with the plights of victims of Boko Haram insurgency was imperative have resolved to develop a synergy toward alleviating their sufferings.

The Director- General ,who was flanked by a number of leaders of Non- Governmental Organizations,NGOs,including the UNHCR,Angeles Dikangwe Akagawa,to Nigeria,said the plights of the IDPs have stirred up NGOs to render humanitarian services to them,but a synergy should be made by them since their services are identical.

Onwenu,who disclosed to newsmen that she was among the internally displaced Persons,during the Nigerian Civil War,dedicated a music album,”You Are Not Alone,” urged the IDPs,who are mostly children and women,not to give up hopes but to enliven the hopes as there would be light at the end of the tunnel.

The music maestro,who also distributed wears,household materials  to children and women,said there was need to encourage the IDPs because their hopes must be brought alive because they needed to build up their potentials in life.

Fielding questions from newsmen,Onwenu,said the song she dedicated to the IDPs was intended to give them hopes and let them know that a number of Nigerians were feeling for their plights and ready to give their widow’s mite toward alleviating the problem.

” the song is a form of advocacy to Nigerians to come to the aid of the victims of the insurgency.Meaning that wherever you are you can get the message and assist our children and sisters in pains somewhere.” She said

“We are discussing with many more agencies and organizations to see what can be done for the IDPs.We want to give them skills to develop themselves and not to rely on anybody after they must have left the camps.The have the self worth and that should be respected”

According to her,while she was an IDP ,her  family lost everything during the Nigerian civil war in Portharcourt and had to be in the displaced people’s home somewhere in Rivers State,hence shared their feelings and their plights .

Also speaking,the representative  of UNHCR in Nigeria,Angeles Dikangwe Akagawa,corroborated the position of the Director – General of the National Centre for Women Development ,said that synergy was necessary for the purpose of giving the best to the downtrodden and the displaced persons.

Akagawa declared that UNHCR is poised to identify with the plights of the IDPs ,adding that a lot would be done to alleviate and cushion the effects of the hardship suffered by the displaced persons.