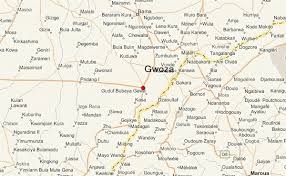 In its latest video released Sunday, Shekau said his group now controls Gwoza, warning civilian JTF to back out of the area.

Shekau said he did not recognize Nigeria as a nation, saying there is nothing like Nigeria but Islamic Caliphate.

“That claim is empty. The sovereignty and territorial integrity of the Nigerian state is still intact. Any group of terrorists laying claim to any portion of the country will not be allowed to get away with that expression of delusion and crime.

“Appropriate military operations to secure that Area from the activities of the Bandits is still ongoing,” the defence authorities said.

“We are grateful to Allah for the big victory he granted our members in Gwoza and made the town part of our Islamic Caliphate. Oh you people, here I am Abubakar Shekau, still standing on my feet. I am still the he leader of Jama’atu Ahlissunnah Lid Da’awati wal Jihad, that county called Nigeria; a name we don’t believe; but forced to address as such because it has not better name.

Oh people of the world, Allah has granted us victory in the town of Gwoza, not because of our might but because we are committed to do His work. Oh people, I chose to deliver this message in order to refute the lies being spread by the government, about the operations we had in recent times.

“We warn the Vigilante, called Civilian JTF  that they back should back out; if not there will be no place for them to hide. We have evidences of how you killed some of our brethren whom you would ask if they are Boko Haram before you killed them; we knew how you humiliated them by asking them if they had ever carried guns or killed someone…we knew everything about the evil you committed against our brethren.

“We still have the magnanimity of asking you to repent; because you will never succeed in this way by the grace of Allah; and I swear by Allah that we will never stop killing you, because Allah commanded us to kill people like you. If we pity you and spare you, one day you will become infidels; so to us having pity on you is an act of disbelief. You can continue to run or hide your identities in women’s attire, but we will get to you and remove the women clothing off you then while you are shouting for mercy we will strike, smash your heads and kill you all.

Even if you don’t do anything to us we will kill you…We would do it even to avenge our brethren. You killed our brethren in large numbers.” We don’t joke with religion (quoting from the Koran). There is no hypocrisy in this religion. It is only the truth.” Therefore, woe on to you, vigilante. Woe on to you. It is Allah that torments you and even tomorrow Allah will torment you. By Allah you will never achieve your aim. I swear by Allah.

This is the life for us; it is our world and we are living it out. How can one fear these American people? If one is indeed a believer, he needs not to. How can one fear these people (America) if one is indeed a believer. This is the speech I have to make; which is a warning for worse things to come. Better submit to Allah before it becomes too late.”