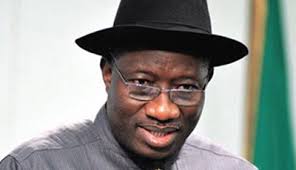 President Goodluck Jonathan on Wednesday sent a bill seeking to provide funds for the equipment of the Nigeria Police to National Assembly.

Also in a separate letter to the Senate Wednesday, Jonathan submitted the 2015-2017 Medium Term Expenditure Framework, MTEF and Fiscal Strategy Paper, FSP, for the year’s Appropriation.

The funding is meant to enable the police to meet up with the security challenges occasioned by the Boko Haram onslaught on Nigerians.

Jonathan in a letter to the senate titled, ‘Bill for an Act to provide for financial contribution by the Federal Government of Nigeria to Police Reform Programme and for Matters connected thereto’ noted with dismay the poor condition of the police force which he said needed immediate intervention.

The letter addressed to the Senate President, Senator David Mark read in parts, “Further to my letter dated 16th June 2014, I forward herewith for your kind consideration and passage into law, the above mentioned Bill.

“The state of our Police Force calls for immediate intervention if Nigeria is to achieve the desired result of operating an effective Police Force in tune with international best practice.

“The Bill as presented seeks to provide financial contribution by the Federal Government to the Police Reform Programme which is a deliberate government policy aimed at equipping and repositioning the Nigeria Police to more effectively and efficiently meet its constitutional obligations.”

The details of the Police Reform Bill were not made public.