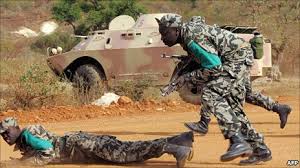 By Tom Garba, Yola – The Chief of Air Staff, Air Marshal Sadiq Abubakar, has reiterated the urgent need to train young air force officers for combat in fighting against Boko Haram insurgents in the north eastern part of the country. Even as he disclosed that the Air Force has deployed veterans who successfully fought rebels in some African countries under the ECOMOG to mentor and train its young officers. 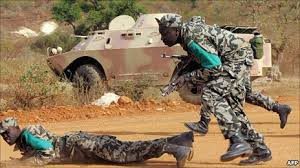 Abubakar made the disclosure at the ECOMOG Veterans Retreat held in Yola on Thursday where he emphasised that the Nigerian Air Force has underscored the need to train young officers on strategies for winning the war against the Boko Haram insurgency bedeviling the North Eastern region before December deadline.

The Air force boss said the reason was to build the capacity of the younger generation of officers especially pilots on how to combat the insurgents adding that the young officers need adequate knowledge to be efficient and to face the challenges of the 21 centaury.

He said the idea was to bring veterans who had retired from Air force to share their experiences with the young officers with a view to resolving some of the challenges being encountered in air operations in the North East.

“Basically in terms of the use of air power they (fight against Boko Haram and ECOMOG air operations) are basically the same. We believe they (ECOMOG veterans) were very successful, so we want to know what were the challenges when they were using the same planes, Alpha jets while operating in ECOMOG.

“What were the challenges, how similar are the challenges and how were they able to resolve them. We believe there are so many things the younger ones can learn,” he stated.

He explained that with the aid of the Air force, the military have succeeded in degrading the fighting capability of the insurgents and has gone deeper in to the dreaded Sambisa forest with the aim to root out the insurgents that has taken grip of the forest.

“We have degraded the capacity of the insurgents and we are coordinating with the army so that we can ultimately get in to the forest,” he added