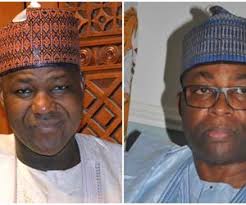 By Sadiq Umar – The alleged intolerance of the Bauchi State Governor, Mohammed Abdullahi Abubakar against House of Representatives Speaker, Yakubu Dogara has taken a new turn with the state government issuing a query to a local government employee for show allegiance to the Speaker. 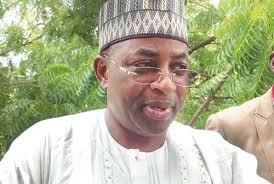 The employee, Lukman Umar, staff of Toro Local Government allegedly displayed loyalty to a faction of the All Progressives Congress (APC) noted to be in support of the Speaker of the House of Representatives.

There have been reports that Governor Abubakar has been at loggerheads with all federal lawmakers in his state, most especially the Speaker, as he has reportedly been making consistent moves to cut the political influences of the Speaker in the state.

Dogara, a Christian from Tafawa Balewa/Bogoro Dass, had recently expressed frustration against the antics of the governor who he said had not too long ago prevented him from renovating a mosque at Bogoro Dass, Tafawa Balewa Federal Constituency in Bauchi.

He had to this effect written a letter to the Sultan of Sokoto, Sa’ad Abubakar, intimating him of the alleged religious intolerance of the governor and efforts he had made to block him from reaching out to the Muslim community in his state on their request for renovation of a mosque.

The Speaker had called on the Emir to step into what he described as unnecessary crisis created by the Governor over renovation of mosques in Bogoro, Dass, Tafawa Balewa Federal constituency.

However, less than four weeks after the outcry by Dogara, a government official in Toro Local government area of Bauchi has entered into trouble on alleged loyalty to the Speaker.

The government of Bauchi had issues a query to the employee, threatening to sack him on the issue.

The query signed by the Chairman Caretaker Committee of the Toro Local Government area, Abdullahi Muhammed, Director Works And Housing Department alleged that the government worker, Lukman Umar had been caught on social media professing support for the Speaker of the House of Representatives.

The query with ref no; TLG/EST/S/3/Vol. XXI is dated 01-June-2017 was issued with the letter head of the Toro Local Government Council with threat to sack to sack Umar upon failure to provide a convincing explanation that he was not in support of Dogara.

However, It was obvious from the tone of the query that the government of Bauchi state had already order the suspension of Umar’s salary based on allegation leveled against him.

According to the query, written in very poor English, Umar too seemed to have had his mind made up on threat to sack him, as he vowed never to back down on his political leaning, insisting that he would continue to make comments in the social media since no body bought the phone he uses for that purpose for him.

Umar had earlier responded that the Bauchi state government can continue to withhold his salary, since he was not prepared to bow to threat of sack over the case of Dogara.

“You would recall that youi were invited before the Senior management Committee meeting held 31 May 2017at the Local Council Chamber,. You allegedly participated in pursuant politics in social media supporting Doggara’s action. You were really confessed in hashines (Sic) and your even informed the management that you would continue with your activities pursuant in politics in social media since the handset is belong to you and nobody bought you and let the management continue withholding your salary.

“In view of that therefore, I am directed to write and serve you with a qiry letter to explain within 58 hors on the recent of this letter why disciplinary actin should not be taken against your as per Logan Government staff regulation Chapter v part section 60 sub-section a) and 9 (Refers)”