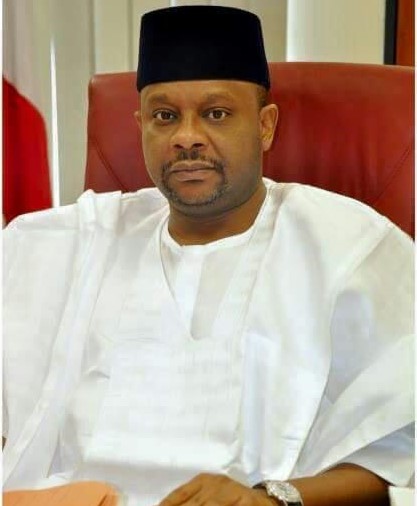 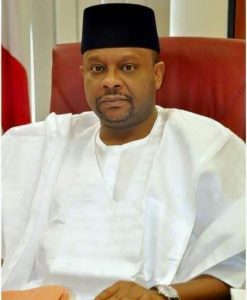 I recall that he belonged to the twelve original senators who were the pro-All Progressives Congress arrowheads that started the APC movement in the 7th Senate, clearly a tricky project at the period. Some of the Senators in that group of 12 include Senators: Bukola Saraki (current Senate President), Muhammad Bindow Jubrilla (now Adamawa State Governor), Shaba Lafiagi, Abdullahi Adamu, Aisha Alhassan (current Women Affairs Minister), Danjuma Goje, Ibrahim Musa, Ibrahim Gobir, Dahiru Tambuwal, Bello Tukur, and of course Basheer Garba Lado. Senator Magnus Abe was like the spokesperson and the face of this group of 12.

The then Senate leadership under Senator David Mark being not too comfortable with the idea of PDP senators fronting the emergence of APC in the senate chamber dangled a subtle threat of declaring their seats vacant. This was aimed at dissuading them from pursing their association with the new political party, APC. Then, APC’s unwritten policy was to handover the party structures to defecting governors of those states. These states were Rivers, Sokoto, Adamawa, Kwara and Kano.

Indeed in Kano, the then governor who inherited the APC structure was Rabiu Musa Kwankwaso who was then rounding up his tenure as Kano governor and had just lost in the APC presidential primaries clearly had his eyes set on the Kano Central senate ticket. At this point, Senator Lado being a canny and discerning mind, held back in the PDP in other to be able to pursue his ambition of a return to the senate.

Of course Senator Basheer Lado couldn’t have been accurately described as lacking ambition. He simply bidded his time. This stern forbearance was inspired by the compelling vision and discipline of his political model, late Northern sage, Mallam Aminu Kano. This encapsulates the substance and measure of the man.

He simply demonstrated that in history, men are defined by how astutely they manage and direct the energy of ambition. Senator Basheer Lado, close friend, businessman, notable philanthropist and politician who ably represented Kano Central Senatorial District in the 7th Senate is indeed no less a child of providence as a man destiny has prepared for leadership and service. With 15 LGAs, Kano Central Senatorial Zone is the largest in the country which makes it bigger that many states.

Basheer, following his reading of the nation’s and Kano State’s political barometers and after extensive, painstaking consultations with critical stakeholders in his turf as he is wont, he has come to the conclusion that the time for a strategic shift in his political station is now. This important decision has set the stage for his imminent declaration for the ruling All Progressives Congress (APC), from the opposition PDP. Folks who know him as closely as I can easily confirm he does not change his positions on important issues lightly.

It’s then little wonder that in his home base Kano, critical political stakeholders are sitting up and keenly following the developing trend. A restrained excitement is building up in the politics of the whole city of Kano.

In Kano, a turf where the level of political awareness and participation ranks highest in Northern Nigeria, political stakeholders and interestingly, the masses, recognize quality and pedigree. Almost in equal measure, they are impatient with mediocrity and incompetence. The script that confers this outstanding status on Kano was largely inspired by the late Mallam Aminu Kano the formidable advocate of Talakawa politics – incidentally, Senator Lado’s political model.

As colleagues in the 7th Senate and as rookie senators I readily recall asking him how he managed to influence and fund such a project as the N2.5billion Kano flyover, popularly known as Gadan Lado. For many who don’t know, to influence and fund a project of that scope is such a daunting task. Let alone influencing and funding the of N14.5billion Kano-Katsina road dualisation as his constituency project. Then you begin to appreciate the capacity of the man.

While vintage Senator Lado cannot be easily drawn on his clearly strategic move to the APC, on January 27, the ‘Young Turk’ of whom there simply too few of them in the country will formally be declaring for the APC, in Kano. What is more, he will be pulling in over 116,000 card-carrying PDP members into the APC.

In a political arena where numbers represent its defining feature, to pull in over 116,000 followers from one party into any political family is no mean feat. This essentially will rephrase the political equation in significantly in Kano politics. But then Senator Lado has the pedigree and track record to deliver this powerful political statement and more.

A strong believer that folks blessed by providence should not live only for themselves, Lado who defeated former Reps Speaker, Hon. Ghali Umar Na’abba in the primaries that cleared the way for him to contest and win senatorial representation for Kano Central, founded the ‘Ladon Alheri Foundation.’ Through this platform, he has committed a lot of time and funds to philanthropy which has touched and changed many lives – from quality interventions in the health arena to education and more.

As Kano awaits the January 27 date of Senator Lado’s declaration for APC with over 116,000 loyalists, the emerging consensus is that a major youthful force who believes in a just, united Nigeria has indeed emerged. This is hardly debatable. I want to use this opportunity to congratulate him in advance and welcome him to the progressives’ fold where I believe, he truly belongs. Welcome my friend and brother to the APC home.

Senator Abatemi-Usman, a chieftain of APC was in the 7th National Assembly