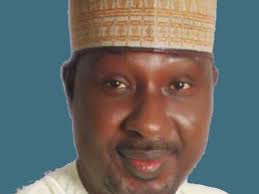 A Senator representing Kano north senatorial district, Senator Barau Jibrin, has warned that unless the rule of law is restored in the eighth Senate, impunity and double-talk playing out in the current Senate is capable of derailing the Buhari Administration.

Barau warned in an Open Letter to the Deputy Senate President, Senator Ike Ekweremadu and Senator Muhammed Danjuma Goje made public in Kano on Monday.

Barau, who is a former Chairman, Appropriation Committee, House of Representatives regretted that “the Saraki-Ekweremadu group in their desperate political ambition, which manifested few days before the June 9 betrayal, suddenly turned upside down time-tested values of democracy and leadership they had professed publicly and privately.

He recalled in the Open Letter, how Senator Ekweremadu in a paper titled “Leadership in the National Assembly” he presented in Abuja at the Induction Certificate Course on Legislative Studies for the 8thNational Assembly held on April 27th 2015 had espoused party supremacy particularly as it affects the appointment of the principal officers of the senate.

“However, whereas the entire members of the House elect the Presiding Officers, whether in the Senate or the House of Representatives, the above listed Offices are party affairs and are supplied by the affected parties, accordingly.Generally, as the titles imply, the posts of Majority Leader, Deputy Majority leader, Majority/Chief Whip, and Deputy Majority Whip are supplied by the party with majority members in each house of the National Assembly while the reverse is the case for Minority Leader, Minority Whip and their deputies.”

Senator Jibrin said but “lately you made an unfair remark that the National Assembly was not a party secretariat when our great party insisted that its supremacy and wishes in the matter of who occupied leadership position be respected.”

According to the lawmaker, ‘’it is not only the flouting of the rules concerning the party’s latitude to present the leadership of it’s senate caucus that Senator Ekweremadu has provided support for  but he has  also provided support to Senator Saraki to flout the ranking rule in the legislature unlike what he explained at the same public gathering inter alia:

“Ranking Rule: Both the House and Senate Standing Orders lay emphasis on legislative experience or Ranking Rule. In the Senate for instance, Order 2 provides:  Nomination of Senators to serve as Presiding Officers and appointments of Principal Officers and other Officers of the Senate or on any Parliamentary delegations shall be in accordance with the ranking of Senators. In determining ranking, the following order shall apply: 1. Senators returning based on number of times re-elected 2. Senators who had been members of the House of Representatives  3. Senators elected as Senators for the first time.

This rule, though not law in itself, is a parliamentary norm, even in the United States of America and has been variously upheld by the courts. It is protected by Section 60 of the 1999 Constitution.”

Senator Jibrin, who is the Chairman of the Publicity Committee of the Unity Forum submitted that the parlous situation foisted on the Senate by impunity and double-talk will persist until “we see to it that the rules you have enjoined others to breach are asserted”.

“Senator Barau Jibrin advised Senators Saraki and Ekweremadu  that ‘as they remain in the Eighth Senate wanting to make laws for the people of Nigeria must themselves obey the rule of the game.”

On Senator Muhammed Danjuma Goje, who is a former Governor of GombeState, the lawmaker said he could not understand his sudden change from being an adherent of rule of law and a party disciplinarian.

” Senator Danjuma Goje told me among others at the Aminu Kano House at Asokoro,Abuja before the purported inauguration of the 8th Senate what we already knew that the appointment of Principal Officers of the Senate is the purview of the concerned political parties that have their members in the senate guided by ranking rule of the Red Chamber” the lawmaker declared.

He added that “But I was surprised to hear Senator Goje insisting on the floor of the Senate that the so-called zonal caucuses are the ones that should appoint the principal officers instead. I wonder which part of the Senate Standing Order did Senator Goje relied on to make his assertion,as I know that neither the extant Senate Standing Order 2011 as Amended nor the forged one currently being used by the Senate contains the position that is being canvassed by Senator Goje.’’

Barau called on well meaning Nigerians to stand up against the current desecration of the 8th Senate through impunity which is capable of not only undermining the sanctity of the Senate but the current administration and our entire democracy.