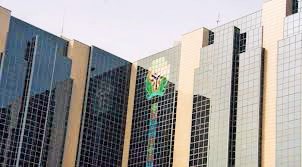 (News Investigators)/Chief Executive Officers of Commercial Banks across the country have resolved to share details of those identified as “chronic debtors”, just as it agreed to deny the debtors access to further financial services.

The banks’ CEOs also vowed to publish names of the debtors in national dailies as a way to compel them to redeem their debts.

The decision follows a meeting held by the bankers to discuss how some debtors have been harassing, intimidating and criminalizing the CEOs using law enforcement agencies.

A communique issued after the meeting said all deposit money banks in the country have committed to refusing chronic debtors’ access to financial services until debts are settled.

It was also resolved that “all banks to create and maintain a “Black Book” wherein chronic debt defaulters would be logged, and to share details of such customers amongst themselves

“All banks to formally commit to collaborating with each other with a view of sharing details of chronic debtors, refusing them access to further financial services until they settle their indebtedness

“All cases of defaults as considered above would be presented and made to go through the Bankers’ Committee Ethics Committee,” the communique stated.

It would be recalled that a certain bank CEO was recently arrested by the Economic and Financial Crimes Commission (EFCC) over some controversial debt issues.