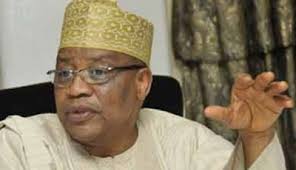 By Sadiq Umar – Nigeria’s former Military ruler, Ibrahim Babangida on Sunday advised President Muhammadu Buhari not to seek re-election in 2019, saying it’s time for younger Nigerians to take up the mantle of leadership in the country.

Former President Olusegun Obasanjo had recently advised Buhari against seeking re-election, criticising him for what performing below expectation.

Babangida said he spoke out of sheer “desire to see new paradigms in our shared commitment to get this country running.” 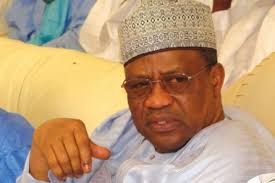 In a statement released to the media, by his media aide, Kassim Afegbua, the former military leader expressed displeasure with the government’s handling of the rampaging Fulani herdsmen who have continued to unleash bloody attack on farmers in some parts of the country even as he also picked holes in Buhari’s anti-corruption credentials.

“In the fullness of our present realities, we need to cooperate with President Muhammadu Buhari to complete his term of office on May 29th, 2019 and collectively prepare the way for new generation leaders to assume the mantle of leadership of the country,” Babangida stated.

“While offering this advice, I speak as a stakeholder, former president, concerned Nigerian and a patriot who desires to see new paradigms in our shared commitment to get this country running,” he added.

According to him, “While saying this also, I do not intend to deny President Buhari his inalienable right to vote and be voted for, but there comes a time in the life of a nation, when personal ambition should not override national interest.

“This is the time for us to reinvent the will and tap into the resourcefulness of the younger generation, stimulate their entrepreneurial initiatives and provoke a conduce environment to grow national economy both at the micro and macro levels.

“Contemporary leadership has to be proactive and not reactive. It must factor in citizens’ participation. Its language of discourse must be persuasive not agitated and abusive. It must give room for confidence building.

“It must build consensus and form aggregate opinion on any issue to reflect the wishes of the people across the country. It must gauge the mood of the country at every point in time in order to send the right message.

“It must share in their aspirations and give them cause to have confidence in the system. Modern leadership is not just about “fighting” corruption, it is about plugging the leakages and building systems that will militate against corruption.

“Accountability in leadership should flow from copious examples. It goes beyond mere sloganeering. My support for a new breed leadership derives from the understanding that it will show a marked departure from recycled leadership to creating new paradigms that will breathe fresh air into our present polluted leadership actuality.

“In the past few months also, I have taken time to reflect on a number of issues plaguing the country. I get frightened by their dimensions. I get worried by their colourations. I get perplexed by their gory themes.

“From Southern Kaduna to Taraba state, from Benue state to Rivers, from Edo state to Zamfara, it has been a theatre of blood with cake of crimson. In Dansadau in Zamfara state recently, North-West of Nigeria, over 200 souls were wasted for no justifiable reason.

“The pogrom in Benue state has left me wondering if truly this is the same country some of us fought to keep together. I am alarmed by the amount of bloodletting across the land. Nigeria is now being described as a land where blood flows like river, where tears have refused to dry up. Almost on a daily basis, we are both mourning and grieving, and often times left helpless by the sophistication of crimes.

“The Boko Haram challenge has remained unabated even though there has been commendable effort by government to maximally downgrade them. I will professionally advise that the battle be taken to the inner fortress of Sambisa Forest rather than responding to the insurgents’ ambushes from time to time.”

“President Buhari needs a dignified and honourable dismount from the horse. He needs to have time to reflect, refurbish physically and recoup and after appropriate rest, once again, join the stock of Nigerian leaders whose experience, influence, wisdom and outreach can be deployed on the side line for the good of the country.  His place in history is already assured.  Without impaired health and strain of age, running the affairs of Nigeria is a 25/7 affair, not 24/7.” Obasanjo stated.

President Buhari, however, has not declared whether he will seek re-election or not, but his supporters are already drumming supports for him across the country.