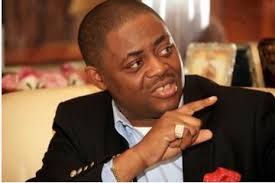 The Director of Publicity, Goodluck Jonathan Presidential Campaign Organisation, Mr. Femi Fani-Kayode, took a swoop on former Governor of Central Bank (CBN) Professor Charles Soludo over his criticism of the President, saying that he is confused and lost touch with reality. 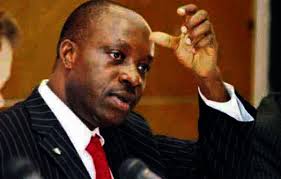 Soludo, in a report published on Sunday had evaluated the Nigerian economy under President Goodluck Jonathan, ranking the administration “F” on economic management, saying the Jonathan government is Nigeria’s worst as far as the management of the economy was concerned and should therefore not seek re-election.

“My advice to President Jonathan and his handlers is to stop wasting their time trying to campaign on his job record. Those who have decided to vote for him will not do so because he has taken Nigeria to the moon. His record on the economy is a clear ‘F’ grade,” Soludo was quoted as saying.

In a swift reaction, Fani-Kayode said Soludo’s remark was coming at a time when Nigeria has just been designated as the largest economy in Africa, stressing that this happened under the watch of President Goodluck Jonathan and no-one else.

Said he: “I read Charles Soludu’s contribution to the debate with amusement. I will be gentle with him because I have a soft spot for him. He has criticised the President, his government and his handling of the economy.

“Needless to say my friend and brother Charles Soludo is confused and conflicted. He seems to have lost touch with reality and this is what often happens when you spend too much time with the Buharists,” he said.

Adding: “The truth is that Soludo is far too educated, civilised and advanced to be in the opposition. He belongs to the modern age and not the dark ages. I pray that sooner than later he comes to his senses and he sees the light. One thousand Muhammadu Buhari’s cannot match one Goodluck Jonathan in terms of tolerance, compassion, performance or output.

“Buhari cannot even begin to understand the complex nature of the economy or the immense problems that we are facing in this country whilst Jonathan not only understands them but is also making a gallant effort at solving them.”

On the advise that Jonathan should not seek re-election, Fani-Kayode said, “that the President should not run in this election and that he should throw in the towel is absurd and self-deprecating.”