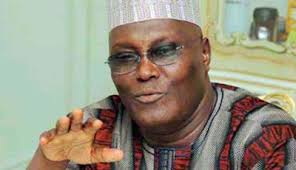 Former Vice President Atiku Abubakar has commended the peaceful resolution of the House of Representatives leadership crisis, which until now, had bogged down the activities of the House.

In a statement released by his Media Office in Abuja on Wednesday, Atiku said the outcome of the leadership crisis was in line with his earlier position that compromise was necessary to end the deadlock.

According to the former Vice President, the opposing sides have demonstrated maturity, wisdom and sense of patriotism by finally arriving at a workable compromise, noting that in any compromise, you win some and lose some of your demands.

He explained that he was constantly disturbed by how the crisis was adversely affecting the change agenda of the APC government.

He commended President Muhammadu Buhari for the fatherly role he played in the resolution of the National Assembly crisis.

Atiku said it was this concern that led to his prompt intervention from the beginning to avoid the tension getting out of hand, and thereby threatening the implementation of the party’s progressive programmes to make life better for Nigerians.

The former Vice President explained that there should be no rivalry between the executive and legislative arms of government because both of them should be united by the common goal of offering efficient service delivery to Nigerians.

“As a stakeholder, I am committed to promoting harmonious working relationship between the two branches of government. I was once in government, and I knew why harmony and cooperation are essential in the success of presidential system of government,” he said.

The former Vice President urged the lawmakers to see themselves as partners in progress in the implementation of the change agenda.

He therefore, called on the warring parties in the House of Representatives to put the bitterness of the crisis behind them, and direct their energies towards the success of the APC administration.