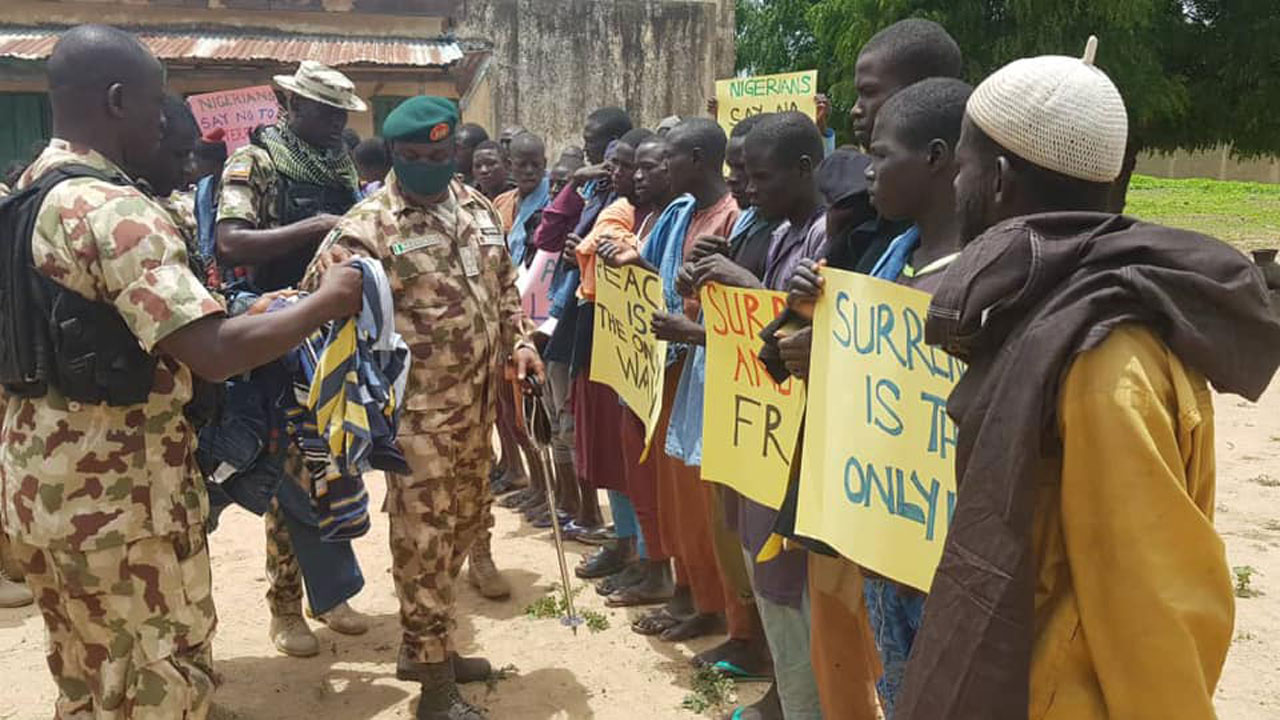 News Investigators/ The Nigerian military on Wednesday said no fewer than 7,000 Boko Haram/ Islamic State West Africa Province (ISWAP), terrorists have surrendered in the past one week.

Mr Musa, a major general, said that the military onslaught against the ISWAP and Boko Haram terrorists in the North East Region has continued to record significant successes.

He said: “This is evident as thousands of the insurgents comprising of combatants, non combatants, foot soldiers alongside their families, continued to lay down their arms in different parts of Borno to accept peace.”

Mr Musa explained that the surrendered terrorists and their families are expected to be carefully profiled by the Nigerian army and other stakeholders before they undergo rehabilitation processes.

The Theatre Commander said that the Nigerian Military and other security agencies will continue to devise and implement effective strategies to bring Boko Haram terrorism to a speedy end.

NAN reports that authorities say 30,000 insurgents and their families had so far surrendered to the Nigerian military in the last nine months.

The army renamed operation Lafiya Dole, the codename for its operation against Boko Haram, to operation Hadin Kai.

This is the third name the operation has attracted since inception.

Immediate past army chief, Tukur Buratai had in 2015 changed the name from operation Zaman Lafiya to operation Lafiya Dole — Buratai had said the decision signaled his determination to attain peace by force in the north-east.