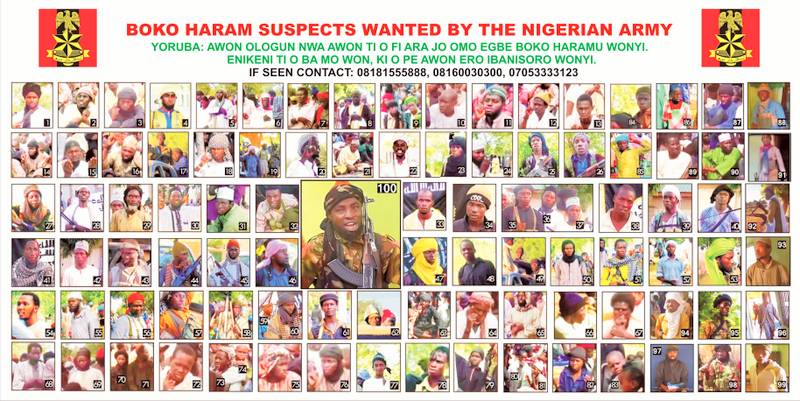 By Ibrahim Imam, Kaduna – The Nigerian Army Thursday released photographs of 100 top suspected Boko Haram terrorists, urging the members of the public to assist with information that could lead to their arrest. 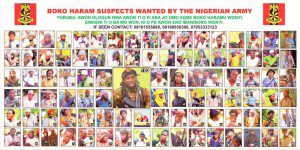 The release for the first time, revealed the faces of the 100 suspected terrorist kingpins and official telephone lines to be reached, with instruction written in various languages.

A statement by the Army Spokesperson Col. Sani Usman, assured that information given would be treated discreetly and professionally, but did not place any ransom on the wanted suspects.

The statement read in part:  “The military is therefore asking members of the public with information about any of them to report to security agents.

“Members of the public that have any credible information on any of the wanted terrorists should call any of the phone numbers printed on the posters.

The large posters, with inscription written in various languages of Nigeria, also had phone numbers which the public could easily call or text to indicate which of the characters in the numbered photographs they know or have information of.