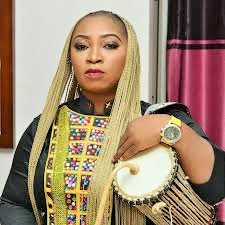 News Investigators/The management of Aralola Olumuyiwa, the wondrous forerunner female drummer widely known by the stage name Ara has refuted the story of a return to former label, Atunda Entertainment.

The story of Ara’s return to the entertainment platform owned by Otunba Wanle Akinboboye was featured on Thisdaylive.com on Sunday, June 18, 2017.

A press release signed by Ara’s manager and publicist, Kanbi Owolabi describes the report as ‘’false’’.

According to the statement, “there was no time ARA, Nigeria’s sensational talking female drummer returned back to the stable of Otunba Wanle Akinboboye owned Atunda Entertainment as stated in the report. Ara’s contract expired in 2007 and she has since moved on.

This is an assumed, calculated and premeditated attempt by Otunba Akinboboye to defraud the general public. At no point in time was there a dialogue between both parties to renegotiate another contract.

Ara remains an independent artiste and the story falsely misled and misdirect the attention of the growing fans, associates, clients and international bodies that are associated to ARA in different parts of the world.’’

ARA never performed alongside any artistes by names: Anu, The Lady Ekwu and Olomidan Bata at any formal launch of Motherland Beckons Ethiopian destination, Al Nejash/Lalibela.

The statement further enjoins Ara’s publics, home and abroad, to disregard the report of a return to Atunda Entertainment in its entirety.

According to Mr. Owolabi proper communication on how to secure Ara’s service(s) would be deployed very soon. 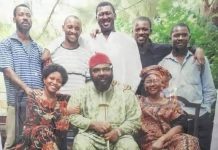