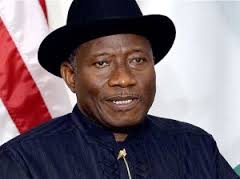 The opposition All Progressives Congress (APC) Tuesday took a swoop on President Goodluck Jonathan, over his declaration to re-contest in the 2015 presidential polls, describing its decision as utterly insensitive and absolutely callousness, a day after almost 50 students were killed and about 80 injured in a suicide bombing in Potiskum school.

In a statement by its National Publicity Secretary, Mr. Lai Mohammed, the party accused the President of dancing on the graves of the students as well as of all the victims of the Boko Haram insurgency.

“Today, the three North-east states of Adamawa, Borno and Yobe are in danger of being overrun by Boko Haram and over 650,000 Nigerians are internally displaced in those states by the insurgency. Yet, President Jonathan says he puts Nigerians first. Lies have never worn a bolder face. 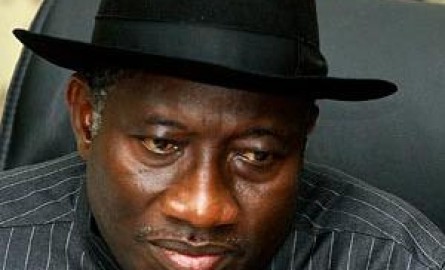 “Since this President has chosen to celebrate a national tragedy, Nigerians should also be ready to celebrate his electoral failure next year.

The party also accused Jonathan of “only continuing along his well-trodden path of acting without deep introspection.

“The truth is that for President Jonathan, it is Jonathan first, Jonathan second, Jonathan third, Jonathan always!

“When about 60 students were killed in the terror attack on the Federal Government College, Buni Yadi, in February 2014, President Jonathan never visited the scene to commiserate with the families of the victims,” the party noted.

Adding: “When over 80 people were killed in the first Nyanya bombing in April 2014, President Jonathan went dancing ‘Azonto’ in Kano less than 48 hours later. And when almost 300 girls were freshly abducted in Chibok, President Jonathan neither acted fast enough to rescue the girls nor visited the village.

“His Administration even denied anyone was abducted, until 19 days after!

“This President has therefore established a pattern of putting his political interest above the security and welfare of Nigerians who voted him into office.

“This President has trampled upon the Constitution of the Federal Republic of Nigeria which makes the security and welfare of the citizenry the raison d’etre of the government’s existence,” it added.

The opposition party urged “Nigerians to respond in kind by trampling on his political ambition and sending him back to Otuoke.”

According to APC, “what is the purpose of the so-called Safe Schools Initiative of the federal government when over 70 students were killed and more than 100 maimed within a week in two separate attacks targetting schools in Potiskum alone.

It is usually the practice for leaders who seek re-election to tout the achievements that will justify their return, adding, however, that in the case of President Jonathan, there has been nothing but blood, tears, sorrow and the gnashing of teeth by Nigerians since he assumed office, hence he has nothing to showcase but lies!

The party wondered how President Jonathan could, in all good conscience, even ask Nigerians to re-elect him when he has wasted the mandate given to him in the first instance, adding that nothing shows the President’s incompetence and cluelessness more than the failure of his administration to provide security for the citizenry

“This is undoubtedly President Jonathan’s biggest and most fundamental failure. At times it goes beyond incompetence to perhaps even collusion, or how else does one explain that the rate and intensity of attacks have increased in the three states of Adamawa, Borno and Yobe since they were placed under a state of emergency last year?

“Instead of asking Nigerians to vote for him again, President Jonathan should be apologizing to Nigerians for wasting their mandate and explaining why, since his Administration has increased security spending; declared and renewed emergency rule, issued propaganda claiming the capture and killing of Boko Haram members (including the leader Abubakar Shekau),” it added.