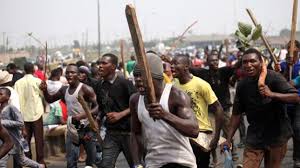 The opposition All Progressives Congress (APC) and the ruling Peoples’ Democratic Party (PDP) have condemned the Tuesday attack on the campaign convoy of President Goodluck Jonathan in Katsina during his campaign tour of the state. 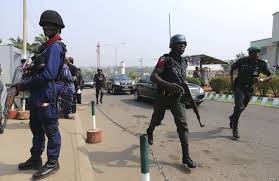 In a separate statements issued Wednesday by the National Publicity Secretary of APC, Mr. Lai Mohammed and the Spokesman of the Jonathan Presidential Campaign Mr. Femi Fani-Kayode, both parties expressed dismay at the action of the attackers.

The PDP said the attack on the campaign train of Mr President constitutes a clear violation of violence free elections accord signed by the opposition party and its Presidential candidate, Gen Muhammadu Buhari (rtd) last week in Abuja.

According to the APC, even though, the incident is coming on the heels of the provocative advert by Ekiti Governor Ayo Fayose,  such violence was totally unacceptable.

Mohammed further said that President Jonathan should be free to campaign anywhere in the country without hindrance.

APC restated its commitment to a continuous enlightenment of its members and supporters to eschew violence before, during and after next month’s general elections and urged other parties to follow suit.

”We consider election as a celebration of democracy, not a do-or-die affair. Whether or not one agrees with the campaign message of any party, engaging in violence negates the very essence of democracy and should be condemned by all,” the party maintained.