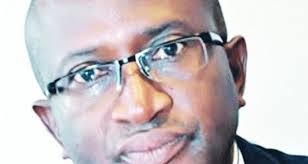 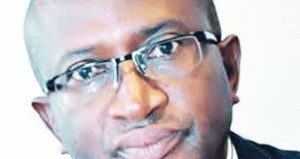 Former senate leader, Sen. Victor Ndoma-Egba, has described the leadership crisis rocking the 8th National Assembly as a reality hitting the face of the ruling All Progressives Congress (APC).

According to him, the whole scenario playing out at the National Assembly in the formation of its leadership by the ruling party, can not be unconnected with the coming together of politicians from different political parties with varied interests and ideologies at the formation of the party.

Ndoma-Egba who was in the Senate for twelve years on the platform of the Peoples Democratic Party (PDP) with the mandate of the people of Cross River Central Senatorial District, made the observation in an interview at the new office of his law firm in Abuja.

“Well, crises are bound to happen in the parliament. It is not always that you will be on honeymoon. We were lucky that for eight years we had this prolonged honeymoon. But every honeymoon has a terminal date and apparently that terminal date has come. They are in crisis now. But like honeymoons, crises also will have a terminal date; it will pass,” Ndoma Egba said in a statement.

“I think that the APC is just adjusting to a new reality, given the way they came into being; an amalgamation of different political parties. Those interests are now finding expression in the issue of the leadership of the National Assembly. But I believe that with time, everything will be resolved and they will settle down for proper legislative business,” Ndoma-Egba remarked.

He advised that the new lawmakers in both chambers of the National Assembly must put the interest of the country first before any other thing, for them to be able to make laws that would guarantee good governance and better the lots of the Nigerian people who elected them as their representatives.

On whether he has confidence that the recently inaugurated administration of President Muhammadu Buhari will make a difference in the running of the affairs of the country, he said: “From the little we have seen, I believe that he will make a difference in the governance of the country. And given his antecedents, he is a very decisive person and he is firm. Yes, those antecedents found expression in his days as military Head of State; the environment is totally different now. It is a constitutional environment. But I believe that in spite of it being a democratic environment, he will still be decisive and firm.”