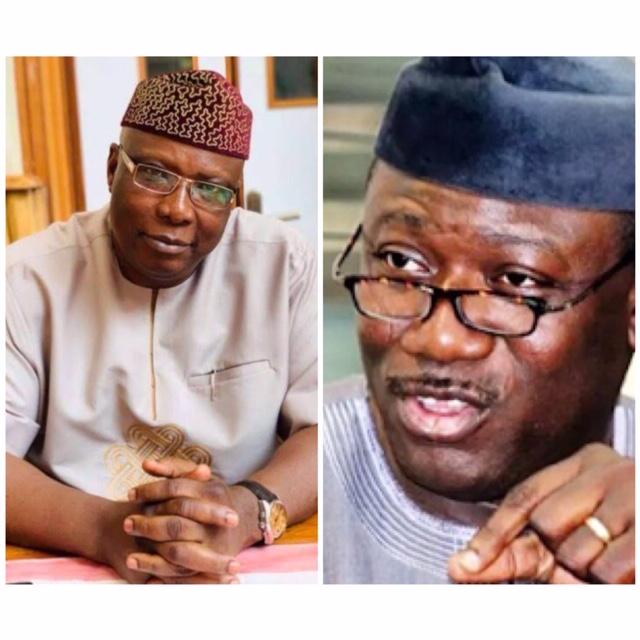 News Investigators/ The Chief Press Secretary to Gov. Kayode Fayemi of Ekiti State, Yinka Oyebode, has described the suspension of his principal by the Ojudu group as “a joke taken too far.”

Mr. Oyebode gave the assertion while reacting to the purported suspension of Gov. Fayemi by a faction of the party in Ado-Ekiti on Friday.

Mr. Oyebode said the APC as a party is governed by laws, adding that members of the group could not hide under their recent suspension to announce a dubious suspension they lacked the locus to handle.

“While one would have dismissed their claims as another failed attempt to polarise the party in the state it is also important to put it on record.

“The action of the group smacks of criminal impersonation as none of those who signed the purported suspension letter was executive members of the party at ward, Local government or state level.

“The action is but “a joke taken too far” as they never have such power they want to arrogate to themselves while they were members of the party, much less now that they have been suspended.

“Gov. Fayemi, however, remains unperturbed by this antic of suspended members.

“Fayemi remains the indisputable leader of the APC in Ekiti,” Oyebode said.

Also , Ekiti APC Chairman, Paul Omotoso, who reacted through the party’s Director of Media, Sam Oluwalana, directed the signatories to deny the publication with immediate effect.

“The attention of the Ekiti APC SEC has been drawn to the publication which is in circulation in the social media titled, “Dr Kayode Fayemi’s Anti-Party Activities.

“We hereby call for the confirmation or denial of the said publication by the purported signatories between now and the close of work today, Sept. 25.”