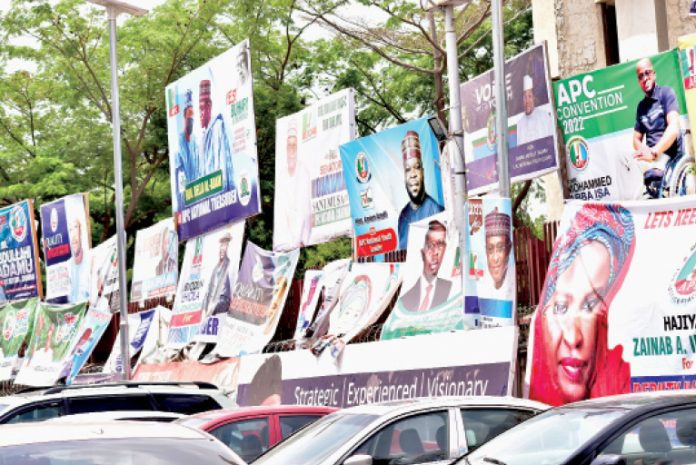 News Investigators/ Some delegates to the All Progressives Congress (APC) 2022 National Convention have expressed mixed feelings over the organisation of the exercise.

Some of them said the Convention Planning Sub-Committee should have done more to ensure orderliness in accessing the convention venue.

A chieftain of the party and delegate from Delta, Tony Ndanenu while commending the committee, said a proper security arrangement would have saved a lot of situation.

This, he said, was especially with regard to party members struggling with and pushing aspirants to gain access to the convention venue.

He added that the development led to some delegates losing their valuables including phones, while some others got injured as police officers tried to disperse the crowd with teargas.

However, Secretary APC, Ndokwa East in Delta, Jude Azimadu said in spite of the situation, he was looking forward to a successful convention.

Mr Azimadu commended the Gov. Mai Mala Buni-APC Caretaker and Extra-ordinary Convention Planning Committee for managing the party’s affairs since it came on board.

He, however, said there was more work to be done by the party’s incoming National Working Committee (NWC) to take it to the next level.

As of the time of filling this report, delegates were seen seated at their state’s stands as they await the arrival of President Muhammadu Buhari, Vice President Yemi Osinbajo, and the party’s critical stakeholders.

The News Agency of Nigeria (NAN) reports that 46 NWC positions are expected to be contested, including 21 NWC and 45 non NWC positions.

The Eagle Square, venue of the convention, located in the Central Business District, is already wearing a new look with colourful decorations.

Petty traders are also taking advantage of the large number of party faithful, both at the party secretariat and around Eagle Square, to carry out brisk businesses as they hawk branded T-shirts, wrappers, hats, key holders, wristbands and other souvenirs.

Heavy security presence was also noticed at the Eagle Square as well as around the entrance to the venue.

Hotels in Abuja city centre, and in the satellite towns, have been fully booked as early as a week before the convention. (NAN)