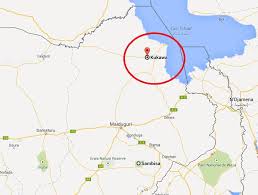 The explosion, suspected to be an Improvised Explosive Devise (IED), occurred at about 12: 15p.m. and was suspected to have been detonated by a female suicide bomber.

Eyewitness told News Investigators that the area has now been taken over by security operatives and emergency workers working hard to attend to dead and wounded.

Although, the casualty figure is still unclear, our sources said the explosion has created fear and panic across the city of Maiduguri and its environs.