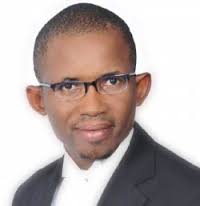 The Labour Party (LP) has criticised the leadership of the All Progressive Congress (APC), accusing it of meddling in the affairs of the elected members of the 8th National Assembly, with it proposed zoning of its leadership positions.

Labour Party said it viewed the action as capable of eroding the independence of the parliament as enshrined in the constitution.

In a statement issued on Monday by its National Secretary, Mr. Kayode Ajulo, the party urged elected parliamentarians to resist attempts to tele-guide the election of its leadership, saying emergence of speaker and senate president should be based on competence and ability to deliver, devoid of external and extraneous influence.

Details of the statement read:

We have watched with keen and patriotic interest on the ongoing imbroglio on the would be zoning arrangement of leadership of 8th National Assembly by the incoming ruling party taking power from PDP at the centre.

We as a party and a major stakeholder in the project called Nigeria take serious exception to the current views of the leadership of APC as expressed in various print media which bothers down to criteria of selection of leadership of National Assembly which incidentally is another arm of goverment that our sacred Constitution is independent.

We take exception to the recent rumor about decision of leadership of APC to tele-guide selection of National Assembly Leadership without recourse to the members of parliament which incidentally serves as symbol of democracy.

We are of firm believe and opinion that the members of parliament be made to select who lead them which should be devoid of external and extraneous influence but rather that of competence and ability to deliver and give leadership sense to the incoming assembly.

Members of parliament elected should thus resist any form of imposition and insist on best practice in leadership selection devoid of zoning arrangement which often times doesn’t produce the best hand for the job.

It is expected that the decision on who to lead the incoming 8th assembly should be determined by the elected members of parliament as they represent the wish of the people and not be left in hands of party leadership to hand over rules which will at the end make the assembly unpopular and ineffective.

This no doubt if adhere to will serve as a pointer to watch that decisions taking independently by the concerned will serve as major departure from what we used to have under the outing ruling party.

The party no doubt contravened itself by saying no body that have question to answer with anti graft agency won’t be allowed to lead assembly not even minding the fact that an accused is not adjudged guilty until pronounced by a law court but at same time made immediate former Governor of Bayelsa that has question to answer from EFCC to head its transition Committe.

There can’t be any way to express this than saying it is full of self contradiction which we home and believe will be corrected by the incoming party as regards her positions on who holds what and under what criteria.

Having said this, we as a party hereby reiterate here that what Nigerians expect from the incoming regime is nothing than fulfillment of made electoral promises which is not limited to fighting corruption but also ensure that people that have a feel of good governance and part of major means for that to come to past is by having an independent, virile and sensitive Legislative arm of government which will not only complement the executive but rather ensure that several human policies is reviewed and our people have true sense of good governance via law making and representation .

To achieve the above we must have a competent hand to lead the arm of goverment, and to ensure that the idea and proposal of zoning should be down played and allowed best hands that will ensure the people have genuine representation and each sector asked required question in other to correct ills of the system and put us on the right path.

Based on the aforementioned it will be imperative to alert APC leadership that taking decision without taking into consideration what will benefit the mass of the people will contravene what is expected by the masses and thus we urge the party to do needful by ensuring that for once our elected members of parliament are allowed to decide who rule them regardless of zone and party but with special emphasis on competent and who can make the 8th assembly a unique one that will meet aspiration of the people and not that off self serving leadership.

Agenda for the 8th assembly as been expected by people is that which will take the act of legislation, over-sighting and adequate representation as core and main objective devoid of political affiliation but rather of the cross section of our people.