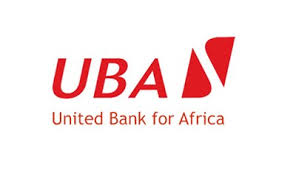 News Investigators/ The United Bank for Africa (UBA) PLC, on Tuesday, prayed an FCT High Court sitting in Jabi, Abuja, for more time to regularise its processes filed in the N50 million suit filed by a businessman.

The Counsel for the UBA, Felix Abiodun, told Justice Frances Messiri shortly after the case was called that he had filed a motion for extension of time and the statement of defence.

He said the motion was to enable the commercial bank regularise its processes filed and to be deemed as being properly filed.
Lawyer to the claimant, Adam Ugwuanyi, confirmed that he had been served with the defendant’s statement of defence and a motion on notice for extension of time.

Mr Ugwuanyi, however, did not object to Abiodun’s application but indicate his plan to file a reply.
After abiodun moved his motion, Justice Messiri granted the prayers and adjourned the matter until March 24 for hearing.
The News Agency of Nigeria (NAN) reports that the Managing Director of Biospheres Technologies Limited, Chief Abdulwahid Adeleke, had through the company, sued the bank.
In the suit marked CV/1583/2021 dated July 14, 2021 and filed same date, the firm alleged that it mistakenly transferred the sum of N15,000 from its Sterling Bank Account 0501531253 to a bank account of one SAIFULLAH MURTALA 21851406542 with the defendant’s bank.
That all entreaties to the defendant and a court order directing UBA to reverse the transfer had been ignored and disobeyed.
In a deposition, Adeleke averred that “on March 11, 2021 the plaintiff mistakenly transferred the sum of N15, 000 from its Sterling Bank Account 0501531253 to a bank account of one SAIFULLAH MURTALA 21851406542 with the defendant’s bank.
“That on the same 11th day of March, 2021, the claimant obtained a court order from District Court 3 Jiwa, Abuja presided over by His Worship: Ebiwari E. D.
“That the said order mandated the defendant to reverse the sum of N15, 000 to the claimant’s account number mentioned above.
“That on the 12th day of March, 2021 when it presented the said court order and requested the defendant to comply with same, the defendant out rightly disobeyed the court order with impunity without any legal backing.
“That the defendant verbally informed the claimant that notwithstanding that the bank account complained of had a sufficient amount to pay off the claimant’s sum, that some other people have a lien which preceded that of the claimant with regards to the funds in the above bank account complained against.
“That the defendant did not furnish the claimant with any documentary evidence to substantiate its claim of existing previous claim.”
Adeleke averred that when all his pleading could not persuade the bank (defendant), he employed the service of a lawyer.
He said on two occasions, letters of plea were written to the bank by the lawyer, ‘calling on the defendant to do the needful before a court action would be initiated, but all effort fell on the deaf ears”
Mr Adeleke said he even made a request to see from the bank copies of the purported court orders that preceded that of the complainant, but the request was also ignored.
He said the law firm of A. S. Ugwuanyi & Partners was briefed to prosecute this suit and the sum of ₦500, 000 was paid as professional fee and a receipt dated March 16, 2021 was issued.
“That I have suffered much expenses in lodging and fares since I am not a resident of Abuja and had to travel to and from Lagos State from March 11,2021 till date, making earnest effort to rectify this problem which the defendant have made impossible.
“That the act of the defendant amounts to corporate bullying which should be seriously deterred for the betterment of the society,” Adeleke further averred.
But in the bank’s statement of defence dated Feb. 3 and filed Feb. 4, the UBA disagreed with the claimant.
It alleged that in the claimant’s “determination and inordinate zeal to make a proverbial mountain out of a molehill, the plaintiff continuously and consistently makes the claim that he has allegedly paid his lawyers N500, 000 only to pursue his claim.”
It said rather than for Adeleke “to take steps to get the same court that issued him the order to reissue same against the defendant so that the N15, 000 only alleged wrongful transfer would be returned to him,” he failed to do so.
“Wherefore the defendant maintains that the plaintiff is not entitled whatsoever and howsoever to any of the reliefs claimed against the defendant.
”The defendant shall contend at the hearing of this suit that the claim of the plaintiff against it is baseless, vexatious, aimed at harassing and intimidation, and a mere gold-digging expedition which should be vehemently discountenanced by this honourable court, and the entire suit be dismissed with substantial cost,” UBA said.