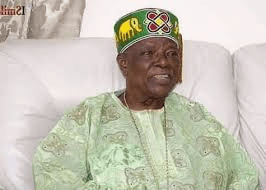 The monarch is the Akarigbo of Remoland, one of the major towns in Ogun State.

It was learnt that the foremost traditional ruler in the state passed on in the United Kingdom, where he had gone for a medical check-up.

He was said to have breathed his last on Saturday at the hospital.

Sources in Sagamu said that, “The Akarigbo has actually joined his ancestors,” but the palace is yet to officially announce the Oba’s demise.