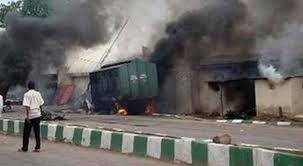 By Tom Garba ,Yola – The National Emergency Management Agency ‪‎(NEMA‬) has put casualty figures in the Friday blast in Gombi, Adamawa at nine with 24 people hospitalized in different hospital in the state. 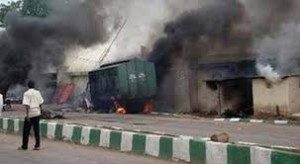 The representative of NEMA camp coordinator in Adamawa,  Halilu Ahmed Kangiwa disclosed this, Saturday, in a chat at the Federal Medical Center (FMC), Yola, shortly after receiving three victims of the blast.

The three were referred from a private hospital in Gombi to the FMC, yola for further threatment. They were brought by NEMA Mobile Intensive Care Unite ‪‎MICU‬.

Kangiwa said the first victim that was earlier brought to the hospital from the scene has also lost his life increasing the number of dead to 10.

According to him, arrangement has been made by the the agency to provide necessary assistance to the victim’s of the blast, which he described as unfortunate, calling on people to always be security conscious.

He assured of state government commitment toward providing necessary assistant and respond to the incident.​