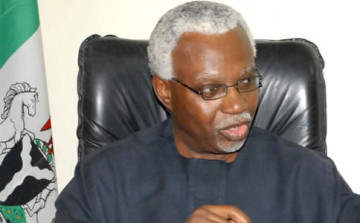 The Chairman of the Independent Corrupt Practices and other related Offences Commission, ICPC, Mr  Ekpo Nta yesterday revealed that his agency had seized a total of 61 houses, 45 plots of land in Abuja and a duplex from an officer of the Nigeria Security and Civil Defence  Corps, NSCDC in the federal capital.

The ICPC chairman made the revelation at the on-going probe of the House of Representatives Ad-hoc Committee on the alleged illegal land allocations and racketeering in the Federal Capital Territory, FCT.

Nta also revealed that several bank accounts which the official used for the illegal land deals had been frozen by the agency.

According to Nta, breakdown of the 61 seized houses shows 40 three-bedroom flats, 20 two-bedroom flats and a duplex.He said already, official letters had been written to the appropriate government land authorities on the status of the seized  property and publication made in national dailies for the public to know so as not to fall victims of illegal deals again.

He said agency swung into action following an alarm by the Commandant-General of NSCDC, Dr Ade Abolurin that some officials of the corps were involved in illegal land deals using the agency as back-up. He also said they operated under a non-existent housing estate scheme in Abuja and Nasarawa State.

Nta commended Abodunrin who he said personally visited him on May 15 to report the incident.

“Impressed by the action of the Commandant-General of the Corps by reporting his own officials for alleged wrong-doings and demanding an independent investigation while other heads of agencies or organisations will be covering it up if it were to be in their organisations,” he told the committee.

“I commenced an immediate investigation by directing the Special Squad I set up on land matters to swing into action and the team even started with some officers who came with the C-G,” Nta added.

“We made findings, we also made efforts to get additional information from other government agencies and banks which assisted us immensely in the course of our investigations. In the course of the investigation, we established that six different companies were used in the scam, and the bank accounts of certain officers and the companies used were frozen while we seized several property including 61 houses, 45 plots of land and a duplex traced to some of the officers.

He further stated that the company through which the NSCDC officials carried out the illegal deals were not among the six other companies that were investigated, even as he promised to commence another round of investigation on it.

He further said that all the interrogated officers had been released on administrative bail except an official who was on the run, stressing that investigation had revealed that the affected officers used the NSCDC’s Co-operative Society to swindle members of the public who thought it was a genuine transaction especially when it involved the name of the organization, the transactions taking place within the premises of the FCT Command of the Corps located at Gudu district and the officers  wearing NSCDC uniforms during such illegal transactions.

On the fate of the 186 victims of the scam since the property of the perpetrators had been seized, Nta retorted: “That is beyond our power, the final decision rests on the court. Ours is to arrest, investigate and prosecute, but as we speak, we have established abuse of office against some of the officers investigated, it is the court that will now decide their fate, but the law recognizes the interest of procurer”.

The Ad hoc Committee chairman, Hon Bimbo Daramola expressed gratitude to the ICPC boss, saying the revelation will help put an end to land scams in the capital city.