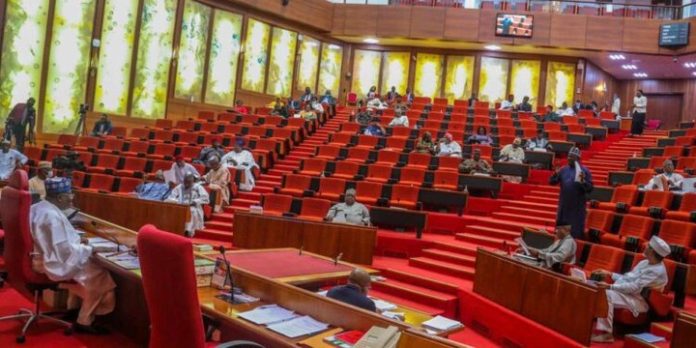 (News investigators)The senators said none of their constituents benefited from the programme coordinated by the Minister of State for Labour and Employment, Festus Keyamo.

The Senate Public Account Committee has begun a probe into the Special Public Works programme coordinated by the National Directorate of Employment (NDE) in 2020.

The panel has demanded a list of the 774,000 Nigerian beneficiaries that the programme was aimed at recruiting.

In 2020, the Nigerian government earmarked N52 billion for the Special Public Works Programme – to recruit 1,000 young Nigerians from each of the 774 local governments for three months and pay them N20,000 each.

The planned implementation became controversial when lawmakers clashed with Festus Keyamo, the minister of state for labour and employment, who was coordinating the programme.

They passed a resolution that put the NDE as the implementing agency and accused Mr Keyamo of plans to sabotage it from the agency.

The lawmakers also urged the ministry of finance to release the funds for the implementation of the Special Public Works programme directly to the NDE. The ministry was warned against releasing the funds if it would breach the due process, Appropriation Act 2020 (As Amended) as well as the NDE Act.

Weeks later, the federal government announced the commencement of the programme and a few times, Mr Keyamo would tweet about the progress so far.

At the NDE’s budget defence on Tuesday, members of the committee present said that none of the constituent members benefited from the scheme.

Rivers senator, George Sekibo, told the panel that nobody was selected among the constituents he nominated for employment.

He complained that all names submitted by the federal lawmakers, who are the real representatives of the people, were not considered.

In the same vein, Michael Nnachi (PDP, Ebonyi South) said he could not identify a single person from his constituency that benefited from his senatorial district.

He, therefore, proposed that the NDE produce the list of beneficiaries from his senatorial district.

After the deliberation, the chairman of the committee, Mathew Urhoghide, gave the NDE two weeks to submit a comprehensive report of the beneficiaries of the scheme in the 36 states of the country and the Federal Capital Territory (FCT).

The committee members also unanimously agreed that the NDE submits names, phone numbers and account details of the 1,000 beneficiaries in each of the 774 local government areas within two weeks.

Although the representative of the NDE, Isah Abdul, a director of the agency, requested three weeks to give the agency ample time to compile a comprehensive list, the panel declined.

The NDE is expected to appear before the committee in two weeks with a comprehensive list of beneficiaries.