LAGOS/By Dipo Awojobi – The Lagos State Police Command has arrested a total of 65 police officers in various parts of the state for extortions and other offences in August. 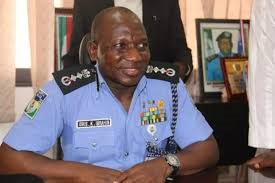 Fatai Owoseni, the state police commissioner for the state dropped this hint Monday saying that the arrests were made by officers from the anti-extortionist squad of the command.

According to Owoseni, the action was in compliance with the directive of the inspector-general of police, Ibrahim Idris on zero tolerance to corruption and unprofessional conduct in the force.

“Some of them have been recommended for dismissal; some to be demoted in ranks.

“Those involved in unlawful killing have been charged to court for murder.

“Some others are undergoing departmental orderly room trials. There is no place for corrupt and unprofessional police in Lagos command.”

As part of efforts to ensure that officers in Lagos keep to the ethics of the force, Owoseni said he embarked on re-orientation and retraining.

He said 75 constables had undergone training in arms handling at the Ikeja Police College, in a move to check accidental discharge.

He said every action of the officers and men would be accounted for, stressing that the second batch of such training would come up soon.

“The police must know when and how to use force and they will be accountable for any force used in the course of their operation.

“They are to use force proportionately. Their action should not make anyone orphan, widow or widower.

“Policemen are servants and not masters. That is the training we had and we must keep it so,” he said.