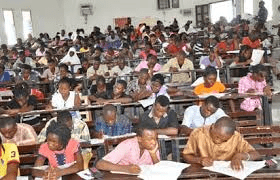 According to the results released on Friday, August 5, by the West African Examination Council (WAEC) in Lagos, 137,295 candidates (representing 8.89%) had their results withheld.

The total number of candidates who passed had credit passes in five subjects including English Language and Mathematics was 878,040 which represented 52.97%, a stark contrast to the 2014 and 2015 breakdown where 31.28% and 38.68% respectively had the same ratings.

The Nigerian head of WAEC, Olu Adenipekun was quoted as saying: “the cases are being investigated and reports of the investigations will be presented to the appropriate committee of the Council in due course for consideration.”

In other news, Fabian Benjamin, the head of Media and Information at the Joint Matriculations Board (JAMB), has released a statement containing the exact criteria for 2016 admission.

This latest development is coming after information on the examination board’s website had indicated that there would be a new point system to grant students admission to tertiary institutions.