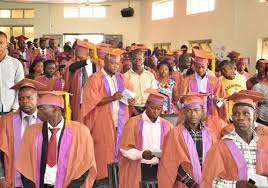 Mr. Fayemi announced the decision in Ado Ekiti on Tuesday in a statement by his Chief Press Secretary, Olayinka Oyebode.

The governor said the gesture was part of the present administration’s determination to return the lost glory of education in the state and reward academic excellence.

According to the statement, the move was also in reaction to the incorrect news making the rounds that the university recently awarded its best graduating students a paltry sum of money.

“The attention of Ekiti State govermment has been drawn to a trending report in the social media on the value of an award instituted by a private organisation in Ekiti State University, Ado – Ekiti.

“It is important to state that endowment of prizes and awards is strictly between the donor and the university authorities.

“The state government under the leadership of Dr Kayode Fayemi places a high premium on education and academic excellence and is committed to encouraging exemplars both in the academic world and in the public service.

“In line with the administration’s culture of rewarding excellence, some first-class students have had the fortune of been sent abroad on scholarship.

“This is in addition to giving all Law School students and graduate students in other fields scholarships.

“Only recently, Gov. Fayemi directed that all the 50 medical doctors billed for graduation at the EKSU Medical School be offered immediate employment following the full accreditation of all their courses by the Medical and Dental Council of Nigeria.

“Ekiti State Government under the leadership of Dr Fayemi will not relent in its efforts at exploring various ways to encourage and reward excellence, not only in academics but across every sphere of human endeavour,” the statement added.(NAN)