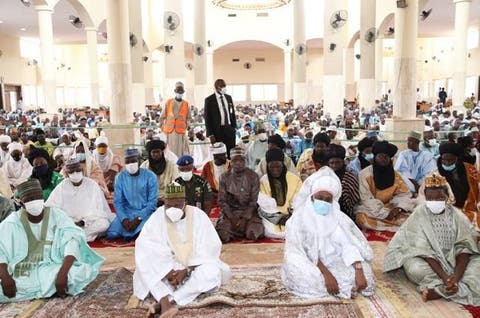 News Investigators/ The 25th Qur’anic recitation competition, being organised by the Gombe State government through the state’s Ministry of Education, has commenced in Dukku Community.

Governor of Gombe State, Inuwa Yahaya, while speaking during the opening ceremony held in Dukku Local Council, Gombe State, on Saturday, said the competition was relevant for today’s society.

Mr Yahaya stated that in view of the benefit of the competition, the state government would continue to support the event as means of ensuring that youths acquired the right knowledge to impact society.

He stated that the recitation of the Holy Qur’an was beneficial to humanity in terms of helping to shape the right human behaviour while providing guiding principles for living.

According to him, the Qur’an is complete and reliable in terms of building a better society that promotes peace and harmony.

The governor called on all stakeholders to ensure that what was acquired was applied to daily living.

He added that if humans could apply what they read and learnt from the Qur’an, the world would be a better place than what it was today.

Earlier, the Coordinator, Islamic Religious Studies, Ministry of Education, Ishiyaku Muhammad, said all the 11 local government councils had registered for the competition, which was expected to end on Friday, Nov. 26.

Represented by his deputy, Yakubu Muhammad, he called on the judges to ensure credible contest so that Gombe would present its best contingents for the national competition.

While urging the participants to engage in healthy competition, he called on religious organisations and philanthropists to complement government’s effort towards enriching the competition.

Mr Inuwa said the competition was with a view to selecting participants who would represent the country at international contests.

He stated that the overall objective of the competition was to instill discipline and uplift the moral behaviour of Muslim youths.

He stated that over the last 25 years of the competition in Gombe, contingents from the state had done “remarkably” both at national and international levels.

He added that the state had produced over 30 winners at the national level and out of that number four contingents had represented the country at international level.