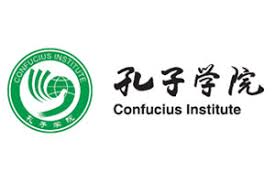 Mr. Ekwensi who is a language student in Nnamdi Azikiwe University, Awka, Anambra State came 3rd from over 150 contestants drawn from over 100 countries.

Xinhua News Agency quoted him as saying that his success to the final 15 and top three in Africa was as a result of hardwork.

“Hard work pays off,” he posted on WeChat, quoting another Chinese saying, on making it to the final 15 and top three in Africa.

“I finally became a real man!” Nigerian Anthony Ekwensi posted on his WeChat Moments, referring to the well-known poem by Mao Zedong carved on a stone tablet at the highest point of Badaling Great Wall near Beijing.

On July 1, Ekwensi, 21, landed in Beijing and became the first competitor to register for the 17th Chinese Bridge, a Chinese language competition for foreign college students hosted by the Confucius Institute.

Over 150 contestants from more than 100 countries, the best Chinese speaking students in their own countries, took part in the contest combining language, culture and fun, which has become popular around the world.

On his journey from outsider to one of the best non-native Chinese speakers, Ekwensi’s strategy has been simple: “Constantly practising, listening, reading, writing and speaking.”

Everywhere he goes, he carries a little notebook with him, where he jots down any new words he comes across. He goes through the list diligently at the end of each day. Every morning he reads aloud in Chinese for about two hours because “the brain absorbs new information more efficiently in the morning”.

Ekwensi became interested in learning Chinese because of Kung Fu. “I enjoyed watching Kung Fu movies,” he said. “Also, I wanted to know how people read and understand Chinese characters.”

His first post on WeChat was “Learning Chinese brings me the greatest fun.”

His diligence and concern for others impressed Xu Wei, his Chinese teacher at Nnamdi Azikiwe University in southeastern Nigeria, where the country’s first Confucius Institute is located. Xu said when Ekwensi discovered that snakes appeared on campus because the grass was overgrown, he quietly mowed the lawn after school to eliminate the serpentine menace.

Last year, Xu recommended him to a Chinese company as an intern translator. He worked hard and earned a salary that was nearly three times the local average. He used the money to pay his tuition fees and his three brothers’ school fees.

“Learning Chinese has brought a lot of good things to my life,” Ekwensi said. “My standard of living has improved a lot. I have also learned other things, like modesty and honesty.”

Mirna Mogahed from Egypt and Duncan Acorlor from Ghana made up the rest of Africa’s top three at this year’s contest.

Mogahed compares herself to a shy peacock that shrank from displaying its dazzling tail. However, her fluent Chinese and the broad knowledge that she has acquired preparing for the Chinese Bridge has helped her “show the fan in its full splendor and gain joy and confidence,” the 22-year-old said.

Once she finishes her Chinese course, Mogahed plans to be a Chinese teacher in Egypt or an Arabic teacher in China. The language has given her new skills for a promising livelihood.

Acorlor, who studies international relations, wants to be a politician or diplomat. He said learning Chinese helps him “understand the political system of China, which will help to develop his own country.”

“Studying Chinese gives me so many opportunities that I don’t have any worries about getting a job in future,” he said.

As of the end of 2017, there were 54 Confucius Institutes in 39 African countrie, as greater China-Africa friendship and cooperation bring more opportunities to local people.

“I am touched by the students’ passion for learning Chinese,” Xu said. “It keeps me in Africa.”