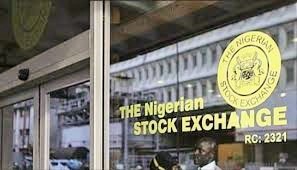 News Investigators/ The Nigerian Stock Exchange (NSE) on Friday urged West African countries to shift and scale up green bond finance and investment to meet the ambitious goals of 2030 agenda and Paris Agreement.
NSE Chief Executive Officer, Oscar Onyema stated this at the inaugural edition of the webinar series on the Sustainable Capital Markets for West Africa.

The webinar series organised by the NSE in collaboration with the Milken Institute held under the theme: ‘Sustainable Capital Markets for West Africa: Fundamentals of Developing Green Bond Markets.’

The 2030 Agenda which applies to all countries of the world was approved by the UN member states after a transparent and inclusive process. Its centerpiece comprises 17 Sustainable Development Goals (SDGs), to be implemented by 2030.

Mr. Onyema noted that West Africa needs to significantly shift and scale up green finance and investment to meet the ambitious goals of the 2030 Agenda and the Paris Agreement.
He explained that large-scale private sector engagement and investment in the region would be needed to drive its transition to low-carbon and climate-resilient economies.

“Sub-Saharan Africa is the least responsible for global climate change, contributing about four per cent of annual global greenhouse gas emissions, but one of the most vulnerable to the risk posed by climate change.

“In its situation analysis of Nationally Determined Contributions (NDC), ECOWAS stated that a record number of five out of the 10 countries in the world, deemed most threatened by climate change are West African states.

“This is because, major sources of livelihood of the majority of people in the region, namely agriculture and forestry, are dependent on the climate.

“This makes the region susceptible to frequent food crises and famines which are triggered by pest infestation, droughts, floods, economic downturns and conflicts,” he said.
According to Mr. Onyema, sustainable capital markets, a relatively nascent market segment within the region’s financial market landscape will be a major driver for the transition towards low-carbon and climate-resilient development.
“By deploying innovative sustainable finance solutions and facilitating an enabling environment, West Africa can position itself to mobilise hundreds of billions of dollars for investment in sectors such as renewable energy and energy efficiency,” he said.
He stressed on the need for collaborations and capacity building to help accelerate the pace for West Africa to formulate an effective policy framework and develop a market for sustainable finance.

Ms. Oniha said DMO partnered with the Ministry of Finance to float first Green Bond in line with the Paris Agreement signed by the Federal Government.

She added that the government floated the Green Bond because of its keen interest in developing the domestic market and diversification of infrastructural base.

The DMO boss, who disclosed that the government would scale up the amount of green bonds, said cost of transaction and time to market should be reviewed to encourage more participants.