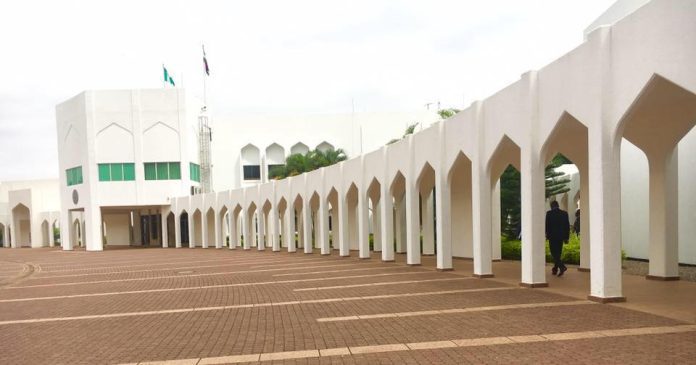 (News investigators) As part of the 2023 budgetary allocation for the State House, N7.2 billion was earmarked for the maintenance of Villa facilities.

And this, an official has said, is not enough.Tijjani Umar, the State House permanent secretary, who appeared before the Senate Committee on Federal Character on Thursday, complained that the State House 2023 budget was cut by almost 50 per cent and the allocation is inadequate.

Mr Umar is one of many heads of Ministries, Departments and Agencies that have lamented the budget cuts in the 2023 budget.

The ministers of works and information, Babatunde Fashola and Lai Mohammed respectively, equally complained of budget cuts which they said could put a dent in their work.

Mr Umar told the Senate panel that the total budget size of N21.1 billion for the State House in 2023 is N19 billion less when compared to the N40 billion appropriated for it in the 2022 fiscal year.

He said the proposed N7.2 billion for the maintenance of Villa facilities formed the critical component of the capital expenditure segment of the proposed budget.

The “facilities”, he explained, include but are not limited to electrical/mechanical installations, buildings and infrastructures in the President’s and Vice President’s residences, offices, State House Auditorium, Presidential and Ministerial Airport Chalets“These commitments usually take about 65% of the total appropriation of the State House.

In order to keep the facilities in optimal working condition, the sum of N7.2 billion has been proposed for the year 2023 against the sum of N7.76 billion in 2022.

”Mr Umar also said being an election year, the sum of N1.96 billion earmarked for vehicle purchase was inadequate just as the provision of N59 million for maintenance of State House Lagos Complex and Guest Houses, “is grossly inadequate” requiring an estimated sum of N644 million for the upgrade of the facilities.

“It is also instructive to note that the provision of N1.96 billion in the 2023 proposal for vehicle purchase would still be inadequate to meet existing requirements.

2023 being an election year which entails frequent travels with associated costs as well as the replacement of vehicles by incoming administration,” he said.On his part, chairman of the committee, Abba Moro (PDP, Benue South), said the slash in the State House budget for the 2023 fiscal year was not unique as other MDAs were also affected.

His response is the same that other heads of committees have given to heads of MDAs who have complained about the budget cuts.