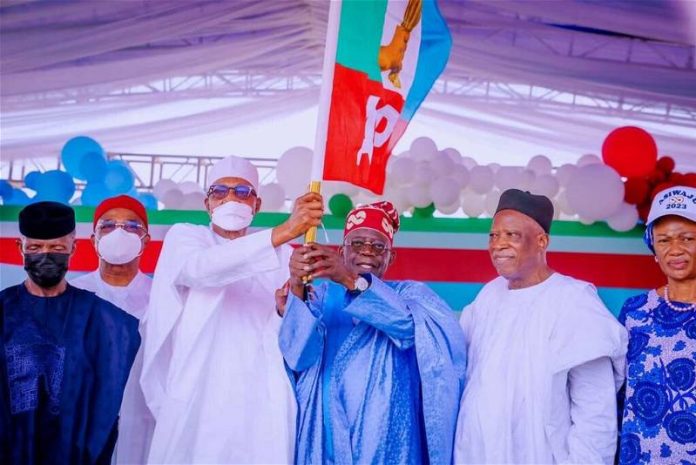 (News Investigators) The Jigawa State Governor, Mohammed Abubakar Badaru, on Monday predicted that the presidential candidate of the All Progressives Congress in the 2023 general elections, Bola Tinubu, would get over 20 million votes through the efforts of the Stakeholders (Special Duties) Directorate of the party’s presidential campaign council.

Badaru, who spoke in Abuja when he officially inaugurated the directorate, advised Nigerians to ignore the religious sentiment in some quarters regarding the same faith candidature of the party.

He charged members of the directorate not to relent in asking major stakeholders in the country to support Tinubu’s bid to be president in the next general elections.

According to him, Tinubu and his running mate, Kashim Shettima, remain the best team to deliver dividends of democracy to Nigerians.

Badaru expressed the belief that the APC presidential candidate would improve the lives of Nigerians; stressing that Tinubu had impacted on individuals, groups, and states across the country.

On her part, the Coordinator of the Directorate, Senator Grace Bent, pointed out that the major focus of her team was to manage and resolve the public religious outcry against APC ‘s 2023 same-faith Presidential ticket and buy back the affection of some Nigerians upset with the candidature.

She said, “I look at the products and not the cover. These two formidable personalities (Tinubu and Shettima) are leaders that I am convinced, Nigerians have been yearning for. Unequivocally, I want to say to Nigerians that they should belt up and don’t waste their votes.