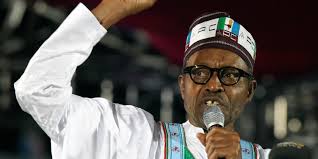 This was contained in a proposal for 2016 budget Medium Term Expenditure Framework (MTEF) submitted to the National Assembly dated 8th November.

The MTEF is the first full-year budget submitted to the parliament by the Buhari administration that captures the controversial campaign promise on feeding.

“N5000 billion has been provisioned in the 2016 budget as social investments for these programmes. These intervention will start as a pilot scheme and work towards securing the support donor agencies and our development partners in order to minimize potential risks.”

Out of budget proposal of N6.04 trillion, Federal government’s revenue is projected at N3.82 trillion and will borrow N2.22 trillion to finance 2016 budget.

Mr. President said,” The 2016 budget will be structured to provide a stimulus to reflate the economy by investment in key infrastructure and ‎the development of an inclusive economic recovery.

“The country’s debt to GDP ratio, which at 12 percent, is one of the lowest in the world, gives room for fiscal expansion.

“However, government will ensure that additional borrowing is kept within prudent limits and channelled towards infrastructure. To that extent, a budget size of N6.04 trillion is being proposed, and federal government’s revenue is projected at N3.82 trillion implying a projected deficit of N2.22 trilliom.

In the‎ MTEF, the sum of N39.88bn was earmarked for Frontier Exploration services in the next year budget against the N19bilion proposed for same purpose in 2015.

The MTEF revealed ‎total public debt of Federal Republic of Nigeria stood as N12.11 trillion as at June 2015.

In item 227 tagged recoveries of Misappropriated Funds‎, about N350 billion was recovered by government.