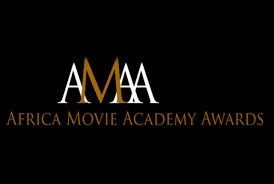 The ceremony, according to the organizers, will take place on Saturday, June 11, 2016, while nominees would be announced on Wednesday, May 11, 2016.

Before now, the glamorous occasion had held in Yenagoa, Bayelsa, with one each in Abuja, Lagos and Port Elizabeth, South Africa.

Port Harcourt was announced host of the awards after signing the hosting right with the management of AMAA.

According to a statement jointly signed by the state Commissioner for Culture and Tourism, Mrs Tonye Briggs Oniyide on behalf of Governor Nyesom Wike and founder AMAA, Ms. Peace Anyiam-Osigwe, said this will be the beginning of a partnership that will add immense value to the people of the state.

Oniyide said, “We are repositioning Rivers State as a state ready for business to Nigerians and the rest of the world and our partnership with AMAA will become a veritable platform to attract tourists, global and Nigeria icons in business and the entertainment industry.

“We want to showcase Rivers State as a peaceful place where socio-economic activities thrive and also the hospitality of our people.

“There is a huge economy around entertainment and show business in Port Harcourt. While our state is known for her hydrocarbon resources His Excellency, Governor Wike’s administration through the Ministry of Culture & Tourism through initiatives like AMAA wants the world to know and take advantage of the business opportunities that abound in Rivers State.”

In her remarks, Anyiam-Osigwe said, “We are very happy with this development and express our gratitude to Governor Wike and the good people of Rivers State. We value this partnership and we promise that it will be a rewarding one for the government and people of this great state.”