The Forum of the Spokespersons of Security and Response Agencies (FOSSRA), has called on politicians to avoid making reckless statements and inciting comments, assuring of it readines to remain neutral, non-partisan and professional before, during and after the forthcoming general elections. 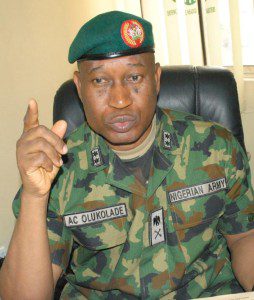 The Forum also reassure law abiding citizens of the preparedness of the security agencies to ensure safety of their lives and property at all time.

In a Communique issued at the end of meeting in Abuja, on the forthcoming general elections, the Forum urged politicians to moderate their utterances, in order to achieve lasting peace in Nigeria.

The text of the communique reads:

The meeting deliberated upon, and reviewed recent and current developments relating to activities of the agencies involved, media contents and the forthcoming general elections.

Members resolved to continue to ensure that press statements as well as official pronouncements of individual members as well as their organisations remain professional, non-partisan and apolitical at all times.

While they stressed the need for efficient and effective inter-agency collaboration, they resolved not to be distracted by blackmail and intimidation in carrying out their statutory duties.

In a nutshell, FOSSRA wishes to:

3 . Emphasise the need for the public to report suspicious movements, objects or suspects to relevant            authorities;

In conclusion, it is necessary to point out that all security agencies are currently undergoing training, monitoring and mobilizing required logistics to guarantee a peaceful and successful general election.