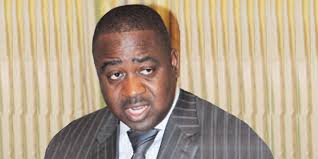 …declares his seat not vacant

The Governor of Benue State, Mr. Gabriel Suswam has said today that there is no vacancy for the Benue South Senatorial seat presently occupied by the President of the Senate, Senator David Mark, saying the decision to return him to the Senate in 2015 is irrevocable.Foreclosing the hopes of likely aspirants to the seat, governor Suswam said, “We in Benue state have endorsed the candidature of Mark to return to the Senate . The position of Senator Mark is not contest able.  We want him back and there is no question or argument about it,” Suswam asserted.

Suswam spoke to a crowded audience majority of whom were Benue indigenes in Abuja, Tuesday, at a book presentation titled: “Suswam, Politics and Governance in Benue State.

According to the Benue governor, “Mark’s Senatorial seat is not contest able. Mark remains our choice. There is no vacancy.”The governor further declared that as the state is united behind president Goodluck Jonathan for 2015,  so “we are solidly behind Mark for the 2015 senatorial seat,” he said, warning those who may have interest in the seat to think otherwise.According to the governor, “the Senate President has performed creditably and it is only logical that we give  him the needed support and encouragement to continue the good works in the upper legislative Chamber.”In his remarks at the occasion, President Goodluck Jonathan who spoke through the Vice President Namadi Sambo  praised what he called, governor Suswam giant strides in the state which he said transformed the state from once rural setting to entrepreneurial environment.Jonathan noted that Benue state remains the agricultural hub of Nigeria and one of the most peaceful states in the country that is making progress.Speaking at the occasion, Senator Mark said that beyond infrastructural development of the state under Suswam, one of his greatest achievement is the peace and unity among the various ethnic groups in the state.He described the governor as a man of Honour who stands for the truth, justice and fairness as captured in the book.