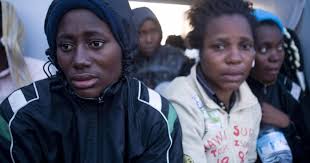 By Sadiq Umar – The National Emergency Management Agency (NEMA) says a total of 1,317 Nigerians have voluntarily returned from Libya in the last 10 days having been stranded in the volatile country en route Europe.

The Director-General of NEMA, Mustapha Maihajja, made the disclosure in Lagos, Friday morning while receiving a fresh batch of 116 Nigerians who arrived the country. 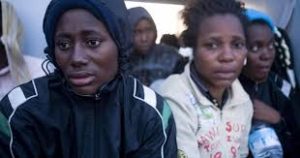 Agency report says the new set of returnees arrived at the Murtala Muhammed International Airport, Lagos aboard a Buraq Airlines with Registration Number 5A-WAC at 5:39am.

At least 3,000 Nigerians have voluntarily returned from Libya through the International Organisation for Migration (IOM) supported programme, in the last few months.

Maihajja, represented by Suleiman Yakubu, south-west zonal coordinator, said that the Nigerians returned in various batches between December 5 and December 15 with the assistance of the IOM and the European Union (EU).

According to him, the figure has already surpassed the 1, 295 Nigerians who voluntarily returned from Libya in the month of November.

Maihajja said that the federal government would continue to work with the international organisations to ensure the return of more Nigerians from Libya where they had been facing severe hardships and rights violations.

Also, on ground to welcome the returnees were officials of the Nigerian Immigration Service (NIS), National Agency for the Prohibition of Trafficking in Persons (NAPTIP), Federal Airports Authority of Nigeria (FAAN) and the police.