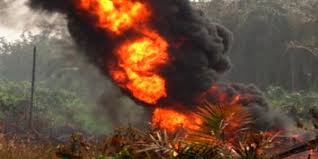 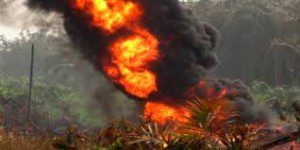 Twelve persons were reportedly burnt to death in a crude oil pipeline fire explosion at Azuzuama on the Atlantic fringe of Southern Ijaw local government area of Bayelsa state.

The casualty figures include soldiers on security duty officially drafted to the area to provide protection to facilities.

The cause of the fire was not clear as at Press time, sources said, emergency agency are being drafted to contain the fire.